Even though most of us have experienced life before WiFi, it has become virtually impossible to imagine our commercial and personal lives without it. Being connected to the internet allows us to access information much quicker and efficient than in the past.

Emails and texts have overthrown Hand-written letters, a lengthy queue in front of government offices is replaced by apps in chat support, and trips to the library by kindle.

Internet impacted billions of lives, but the invention and introduction to the WiFi system was a game-changer. Now, with the help of the Internet of things and smart devices, we are entering another era where WiFi or internet connection plays a major role in people’s life.

One of the major problems in a large home is that a single router does not have proper coverage at many places in the home. There will be corners or rooms which will be far away from the router and devices do not get proper reception there.

WiFi Mesh Routers solves that problem by providing additional beacons. These beacons can be placed at a closer location to the poor reception area. They will act as a booster and boost the signal of WiFi so that you get proper reception in those areas.

What Is a Mesh Router?

Mesh router is a collection of the main router and additional beacons which will act as a single router to provide coverage on the large areas.

Can you add additional beacons to extend the network?

Yes, most of the router support of adding more beacons if the initial package is not sufficient for the coverage of your house.

Do I need Mesh WiFi routers?

If you have areas in your house where the WiFi signal is weak or you do not receive a WiFi signal, Mesh routers can help. Usually, if you have a house that is on multiple floors or a large home, Mesh routers will be able to provide a better WiFI signal.

Can I use WiFi Extender instead of WiFi Mesh Routers?

Yes, WiFi extenders are cheap and if you only have few areas in your home which need additional coverage, you can use WiFi Extenders. Though, if you have multiple places to cover, the WiFi Mesh router will be a better solution. WiFi Extenders will need some initial configuration to work correctly.

If you are looking for some recommendations, here is the list of best WiFi mesh routers that you can buy from the market.

Netgear, a name synonymous with the Wifi industry, is the best Wifi routers of 2019. With Orbi High-Performance routers, you get a range of 5000 square feet (1 router and 1 beacon). You can increase the coverage for an additional 2500 sqft with the additional beacon.

It’s a tri-band system with six internal antennas and can deliver input speeds of 1,266Mbps (400Mbps on the 2.4GHz band and 866Mbps on the 5GHz band). The router is available in different variations including a version with WiFi 6 though that is expensive at this time. Tri-Band WiFi Performance should be a good package for most of the houses.

Suggested Read: Best Drones Available In The Market For Beginners

This device uses six high-density, long-range antennas (internal) to cover up to an unbelievable 10,000 square feet. The router has a single-core CPU delivering up to 5.25Gbps aggregate speed.

The system comes with a single outer with a touch screen and two extend points. If you need more, you can buy more extenders and add them to your network. It provides support up to 802.11AC but no WiFi 6 support is available at this time. This shouldn’t be a big issue as 802.11AC is more than enough for most of the home network.

Though Google has just announced the next generation of their mesh WiFi routers, it doesn’t mean that this one is not capable. It is still one of the best WiFi mesh routers for its best-looking design; its features are of no exception to the others.

The set contains three satellite points, called “Wifi points,” each of which covers 1,500 square feet, for a total of 4,500 square feet of total coverage. The points are shaped like thick ice-hockey pucks and stunning in looks.

Unfortunately, they lack USB ports, which means you can’t connect peripherals. Google combines its 5GHz and 2.4GHz bands into a single band and uses beamforming technology, which automatically connects devices to the strongest signal.

Suggested Read: Best Electric Scooters Which You Can Buy From The Market

The Asus Lyra system comes with three-receiver hubs, much like Google Wifi. The system operates with three separate bands, which means it’ll take you longer to drop connectivity due to bandwidth restrictions.

Asus Lyra system offers a stunning max transfer speed of 2134 Mbps. It comes with proprietary, commercial-grade protection and encryption implemented by Asus’s AiProtection tech, and there are additional security options that allow you to set up parental controls.

It also has support for Alexa, so you can easily change settings or enable priority mode with your voice commands. With the triangular antenna design, it is a good companion for multi-story homes.

The Linksys Velop Tri-band AC6600 consists of three smooth white bumps that are each roughly the size of a Jenga tower (toy) and good-looking enough to sit on display rather than be tucked away.

With the help of the Linksys Shield app, you can control the WiFi network easily with your mobile. You also get parental controls for easily managing the kid’s internet connections.

TP-Link is the best WiFi router 2019 for its budget price. Setup is easy and quick via the downloadable smartphone app for reference. Utilizing Bluetooth 4.2 connectivity software, the hardware quickly connects to your smart device.

It takes less than 10 minutes to be up and running. Once set up, the coverage is up to 3,800 square feet. Within the square footage, the system can keep up to 100 devices connected at the same time. Its speed peaks at 500 Mbps when compared with 5GHz bands.

The system comes with parental control and active content filtering. You can set up these services easily with the help of a smartphone app. You can also use this router as a smart hub to control your smart accessories. Also, pair it to Alexa to easily control the router settings with the help of voice commands.

This is the best Wifi router 2019 for its security system. Today, everything from doors to lights to refrigerators is connected online. Each connected device creates a security threat, and that’s where the Gryphon comes. Incorporating AI-based intrusion detection and Malware protection by ESET, Gryphon tracks all your electronics for imminent threat and data heist.

Active malware filtering of incoming data streams alongside enterprise-grade security keep unwanted files and websites out. If a security threat is detected, the targeted smart device switches off the network until the problem is resolved. It has a coverage of 6000 square feet.

You can buy this router alone or get it with additional beacons to expand your network. You can also control the screen time for kids directly from the router by setting parental control. Though the advanced parental controls are a subscription-based service.

Suggested Read: Check Some Of The Top Hoverboards To Buy For The Kids

The Samsung SmartThings WiFi takes the competition a step further by serving as both a mesh WiFi router and a smart home center all in one. With Z-Wave, Bluetooth, and Zigbee connectivity in addition to WiFi, you can use the SmartThings app on the smartphone to control any of 100+ compatible devices like doorbells, lights, cameras, thermostats, and of course any Smart products you may have.

You can also use voice commands from Google Assistant and Amazon Alexa and set up programmed routines for when you wake up or leave the house. The router uses the Adaptive routing technique to prioritize the network and provide internet to devices.

It provides a coverage of 4500 square feet with 3 device packs. You can add additional beacons in case you still need better coverage. Peak throughput speed is 866 Mbps when connected to 5GHz band and 400 Mbps with 2.4GHz.

Allowing up to 6,000 square feet of WiFi range, this WiFi mesh router system from Tenda is great for medium offices and large homes. It is known for its design, just like the Google WiFi mesh routers system.

They have included a network optimization technology that preserves the integrity of the system, even when one unit or point goes down. If you disconnect to one unit, then it’ll automatically search and connects to the nearest available one.

The extenders can be easily places across the home for additional coverage. The app-based setup makes it very easy to plug in and installs the router for the first use. All the node works together and creates a single network to provide proper coverage across the home. The router uses beamforming technology to prioritize network access and provide clear access to the network.

Suggested Read: Best Webcams To Use For Your Social Media Live Streaming

Best known for its parent control system, the Luma Whole Home WiFi system has a fast and simple system. Beyond its parental controls, the Luma offers excellent performance, thanks to its three modules system that each contain a quad-core processor, 802.11 AC router, and two radio bands (2.4GHz and 5GHz).

It provides a max speed of 300Mbps on the 2.4GHz band and a whopping 867Mbps on the 5GHz band. Overall, it’s a hassle-free way to get the WiFi running that still lets you have control over the kids.

It’s available in four different colors to match the interiors of your home. Just choose the color which can complement or enhance the design of your home. The router works coherently with Alexa to provide support for a smart home setup. Easily enable or disable the WiFi for any person in the home with a voice command.

In the age of the internet, WiFi is an essential aspect of a house, and the Mash Routers mentioned in the list above is the answer to all your WiFi woes at larger homes. 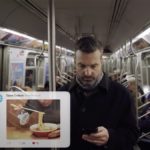