You are here: Home / Development / Is Java Call By Value or Call By Reference?

Most of the people who come from C or C++ background get a lot of confusion whether Java is call by value or call by the Reference language.

In this post we are going to check if Java is call by value or reference?

If you’re looking for a one line answer, here it is :

Java is call by value

What we will do in this post is we will take three scenarios and will try to make sure that you understand why I’m calling it a call by value.

The first scenario would be when you are calling a method using primitive values.

So here is a small program where I am calling a method with a single parameter. Parameter value is integer and I am trying to change the value of the parameter inside the function.

Here is the output of the above program:

Value of x before the call: 10

You can see that the value has not changed for the main function. It means that the parameter was pass to add function by value. A new local variable has been created on stack and the value has been copied to the new variable. 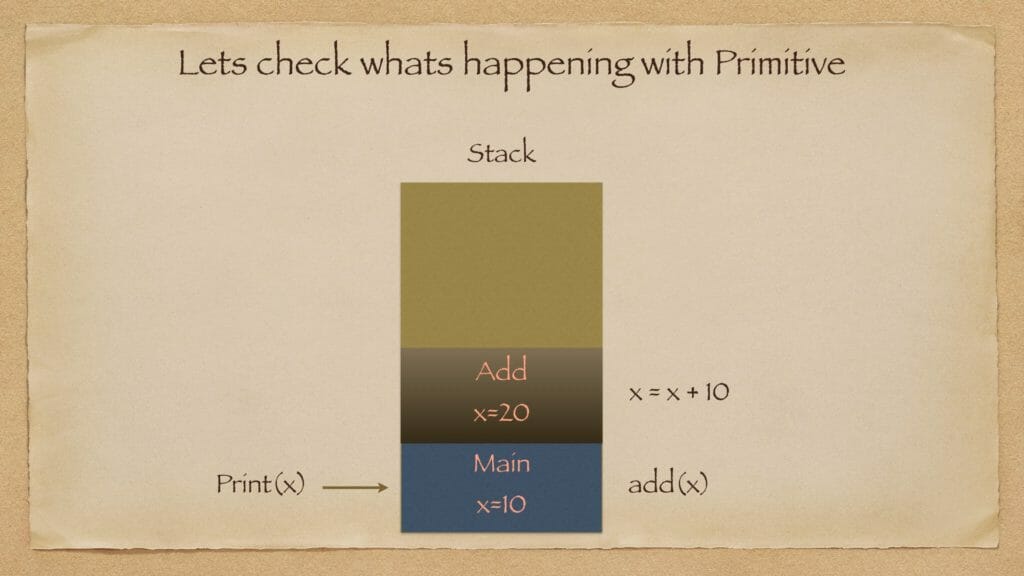 The change of the value has happened to new variable and its not visible to main function.

The second scenario would be when you are calling a method using objects. Lets create a object which can contain an integer property and allow us to read and change that value.

We would be using the similar program as above but rather than passing a primitive, we will pass this new object.

This program generates the below output:

This is one of the confusing example. We said Java is call by value but the change in add function is visible to main. So it should be by reference. 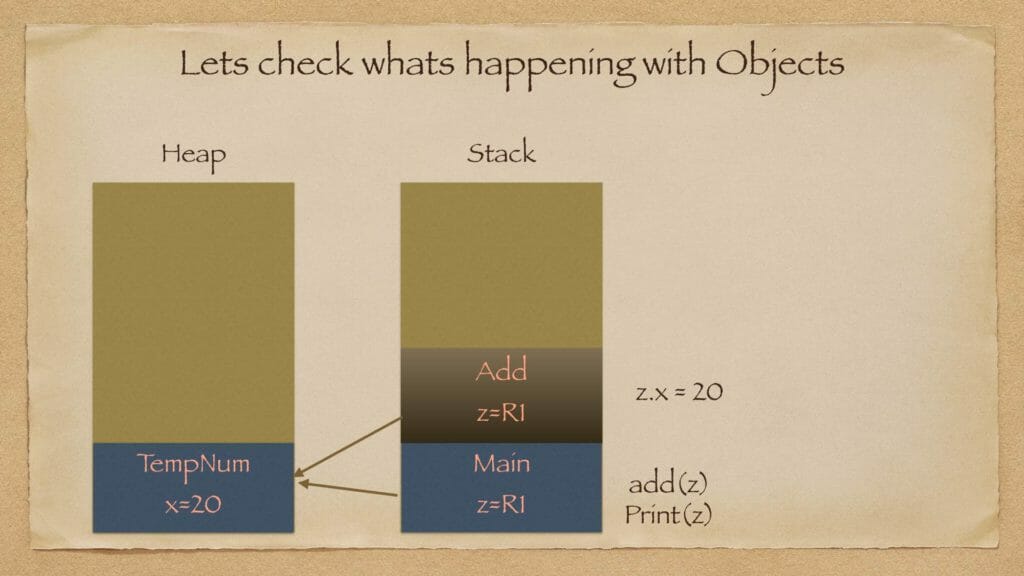 So both main and add function hold a reference variable, which is pointing to same object. So any changes made to object from main or add are visible to each other, because they are happening to same object in heap.

To verify this theory, we have our third scenario.

Scenario 3 – Call with Object With Create

The third scenario would be when you are calling a method using objects and creating new objects inside the called method.

We are using the similar code as scenario 2, but rather then changing the passed object directly, we are creating a new object inside the add method.

If we run this program, we will get the below output:

Now, the change of the value inside add function is not visible to main function. This is because there are two separate reference variables and their visibility is limited to their functions. 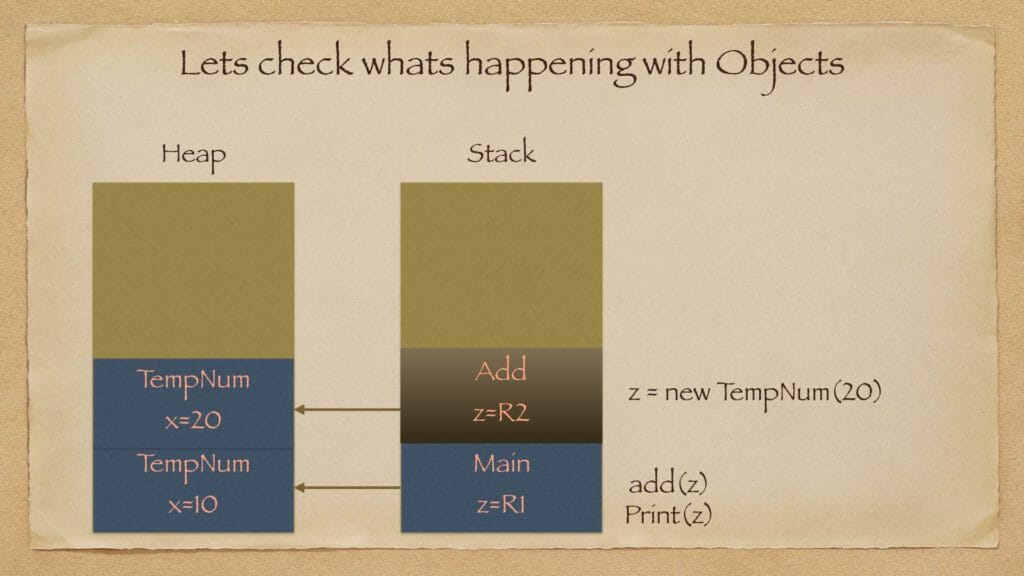 The newly created object is not visible to main function and it can’t access that variable.

So finally we can say that Java always pass parameters by Value and its a call by value language.