You are here: Home / Gadgets / Smartphones Which We Can Anticipate in the First Half Of 2019

The Smartphone industry saw a major transformation in the year 2018. From shrinking bezels to the dual rear camera, nearly every company is trying to churn out the best phone at an affordable price.

Now the major wait is for the 5G phones which are promised to be launched by many companies in the year 2019. Even the president of Qualcomm, Christiano Amon has stated that every Android vendor is working on 5G technology right now.

The year 2019 is all set to establish some new benchmarks when it comes to Mobile technology. We know that you are excited about the major Smartphones that you could anticipate in the next year. That is why; here we are listing some of the best phones that are going to be launched in 2019.

Samsung is all set to unveil their latest Galaxy smartphone S10. They are planning to launch three versions of its flagship S series which could be sized at 5.8, 6.1 and 6.4 inches respectively. New reports are even pointing up to 5 different variants.

There’s a lot in the phone for camera lovers as the topmost model is expected to have 5 cameras in total (Dual Selfie and triple back cameras). The phones would be powered by a Snapdragon 855 processor and house 6GB to 8GB of RAM. It is expected that at least one variant of S10 would have 5G capabilities.

Furthermore, Qualcomm and Samsung have announced a strategic relationship agreement of ‘transitioning the phones to 5G’. The S10 is slated for launch at Mobile World Congress in February/March 2019.

Pixel has set a whole new standard when it comes to Smartphone camera and photography. However, the price range acted as a deterrent for many prospective buyers, especially in countries like India.

Well, there’s good news for the admirers of the Pixel as it is rumored that Google is set to launch the lite version of Pixel 3. Powered by Snapdragon 670, with a 5.5-inch screen and a headphone jack, it would have the same rear camera as Pixel 3 and 3 XL.

This should help them in capturing developing markets where price is one of the key factor for growth. This proves that it is taking the phones seriously and keen to deliver products which are liked and afforded by the people.

Xiaomi is known for its budget Smartphones; however, when Mi Mix was launched in some time ago, its bezel-less design was admired by people. Now they have announced and released the new Mi Mix 3 in China. This phone will hit rest of the world in early 2019.

As the competition among bezel-less display phones is increasing, the Mi Mix 3 would offer a 6.39-inch screen with 93.4% screen to body ratio.

The phone would have a whopping 6 GB of RAM with 24 MP + 2MP cameras, along with 5G support. Snapdragon 845 processor would power this device and it would come with a 3200mAh battery.

OnePlus has captured the premium Smartphone arena with its flagship phones that are launched every year. Its phones are valued by fans who keep speed and performance at a higher pedestal. Thanks to its developers and engineers, the OnePlus enthusiasts never get disappointed.

There’s a high probability that OnePlus 7 or 7T would be a 5G phone. The reason being, OnePlus CEO Pete Lau had confirmed that the company is working with US carriers to bring a 5G Smartphone in the year 2019. Let’s hope that the 5G phone would indeed be the OnePlus 7 and none other than that.

OnePlus 7 should come with bezel-less design with a screen cutout to keep the front camera. There are many leaks running around but confirm details are very far and few. Hopefully, we will get more details around MWC 2019 in February.

With P20 and Mate 20, Huawei gave a stellar performance in the year 2018. Expecting the same from this company, we could expect P30 and P30 pro in 2019. The phone would come with a powerful Kirin 980 system chip and a modern sleek and stylish design.

The company will give special emphasis on the battery issue as the processor demands so. Furthermore, Huawei has also confirmed that a 5G phone with a foldable screen would also be launched in the year.

P20 will feature 4GB RAM while P20 Pro will come with 6GB Onboard memory. We can also expect a ​triple or quad camera on the back to take beautiful​ pictures. So overall, there’s a lot to come from Huawei’s side in the coming year.

The Xperia XZ3 was a good phone which left its mark in the top end Smartphone market. The new Xperia XZ4 is most probably going to have 5G along with super-fast technology in every aspect.

The expectation with Sony is high with regards to a 5G phone, as rivals such as OnePlus and Huawei are already working on the same. You might also get a triple camera on the back for the enhanced photography experience.

Sony is also focusing on enhancing the speed and UI of XZ4 by powering it with Snapdragon 855 processor. It is also the first processor built on the 7nm manufacturing process. Latest leaks suggest that this phone will beat all other phones in benchmark​ testings.

It is probably the first phone with 5 cameras in the back with the help of Nokia PureView. However, it is not the only feature which makes it a high-end Smartphone.

The phone is expected to come with 5.5 inch AMOLED 2K Display, a powerful Snapdragon 835 processor and 4GB RAM. Along with that, there is the availability of 64/128 GB of Internal Storage.

As switching to Android proved out to be a good move for Nokia, the device is expected to run on Android 9.0. We hope that Nokia 9 would be a phone just as good as the earlier entrants in the series.

Suggested Read: How To Record Screen On Your Android Phone Without Root

It has been a while since Samsung promised to roll out its first foldable phone. Tentatively named Galaxy F or X, the phone is expected to be launched sometime in 2019.

The device is foldable which means it could be folded inwards or outwards just like a clamshell phone or wallet. The phone would have a 4K Display with 5 inches screen and would be powered by a powerful Snapdragon 845 processor.

The processor is supported by 6/8 GB of RAM, depending upon the variant of the phone. The primary camera is of 12MP which is complemented by front camera of 8MP. Also, the phone would run on Android 9.0 Pie.

Not much is known about this phone apart from the fact that it’s going to be the best phone ever launched by LG. Most tech enthusiasts guesses that the phone would be bezel-less with two front cameras.

The phone would have three cameras in the back for a regular, portrait as well as wide-angle photography. Most people are eyeing on the battery aspect of the phone as LG has been a week in this regard.

Let’s hope that G8 ThinQ would turn out to be a good deal for both the company as well as the customers. We will be hearing more about this phone around MWC 2019.

Most of us have forgotten companies such as Blackberry. They seem to have faded away because of the presence of several other companies. This is the reason why BlackBerry will launch this phone.

The phone is expected to launch in the first half of the year 2019. It would come with an improved camera and a keyboard which would work as a trackpad. Along with that, it would also be powered with a mighty processor. Overall, it is a good phone to look up to in the coming year.

So this is all from our side. We hope you found this article helpful. Which phone are you waiting for? Did we missed it on our list? let us know in the comments. 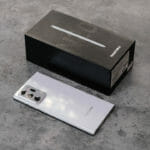 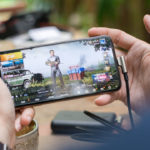