When Netflix first hit the market with the idea of video rental website where you can watch original shows, movies and the classic ones sounded strange. Nobody thought it would be successful in the way we are seeing it today. The streaming giant is now as powerful as a Hollywood production house.

They are constantly releasing movies and the best part is that they have been working brilliantly for the streaming platform. The success of Originals have been unparalleled and nowadays, people are just looking to engage themselves around a Netflix Original to binge-watch. 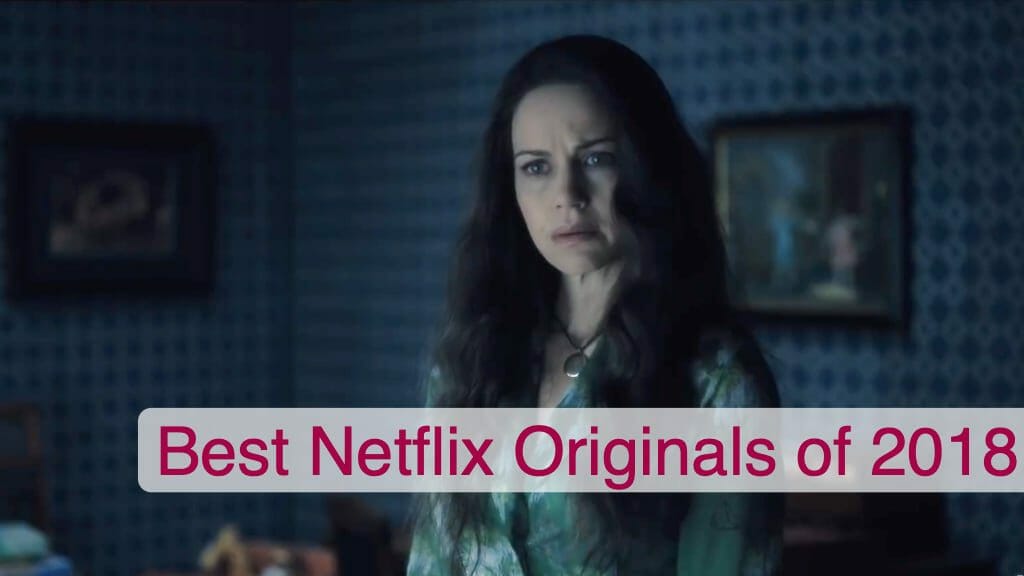 Like every year, Netflix released many Originals from their house and some of them have performed exceptionally well. The great thing about the shows and movies is that they have received positive responses from the critics as well. So, the titles released are not only performing well on their platforms but are knocking the heads of critics too.

The genres have been vivid and fans of different tastes can enjoy them. As 2019 has already knocked our doors, we thought of looking at the best Netflix Originals released in 2018.

So, if you are looking to Netflix and chill, then you are at the right spot. Just keep scrolling to look at the best ones.

P.S.- Some of the shows and movies are not considered because of the size of the list. Please bear with us.

Starting off the list with Cam. The movie is a reflection of the world we live in; surrounded by social media and online activities. The plot follows an online cam girl, Alice whose online identity is stolen by a girl who looks exactly like Alice.

The movie is directed by Daniel Goldhaber and is a straight social commentary on the bad people available on the internet. It is a chilling drama adventure which you must watch. The movie stars Madeline Brewer as Lola and Alice, and Devin Druid as Jordan.

Suggested Read: Best TV Shows of 2018 Which You Should Have Watched

The Haunting of Hill House

If you are into horror shows, then this Netflix Original will be your thing. The show confronts a family who is haunted by the memories of their old house. The primary thing about the show is revolving between past and present.

A lot of creepy things take place throughout and you have no choice but to sit tight and chill while watching this masterpiece. The ghosts lurking the minds of people is one of the most interesting things you can watch.

Set in the 1970s, Roma revolves around a maid who works in a middle-class family of Mexico. The black and white shots add more elements and feelings to this masterpiece.

Directed by the Academy Award-winning director, Alfonso Cuarón, the film has been praised a lot by critics and the audience. The barriers of language, class, and culture are broken with perfection by Cuaron with the help of this masterpiece. You must watch this, that’s all I want to say.

The second season of this Netflix show aired in August this year. Ozark revolves around Martin “Marty” Byrde, who takes his family from Chicago to the Missouri Ozarks in order to launder $500 million to keep a drug lord happy.

The tension throughout is maintained. And, you must complete both the seasons because the third one is coming in 2019.

To All the Boys I’ve Loved Before

This Netflix Original movie follows the story of a girl who is completely broken after a jealous girl from her school exposes all the letters she has written to the boys she had crushes on. The girl is left devastated but somehow it leads to benefit her when she actually meets a guy of her dreams.

It is based on a novel of the same name by Jenny Han. The movie stars Noah Centineo as Peter, Lana Condor as Lara Jean, and Janel Parrish as Margot.

Starring Kiernan Shipka as Sabrina, the show has already made on the list of the best shows to binge-watch this holiday season of many big media outlets.

Reason? Well, the show is about a teenage witch, Sabrina, who is not sure about her powers. Based on the Archie comics, the show is one of the bests that I have seen in recent years.

One of the most beautiful stories ever portrayed in the film about coming out in the world. The movie follows the story of a high school teenager who is excited to lose his virginity with his girlfriend. But in the process, he falls in love with a boy and suddenly realizes his real identity.

Alex Strangelove is a powerful movie with a strong message. The movie stars Daniel Doheny, Antonio Marziale, and Madeline Weinstein.

Suggested Read: Best Movies Of 2018 Which You Should Have Watched By Now

Another classic from the house of Netflix. The show stars Emma Stone as Annie Landsberg and Jonah Hill as Owen Milgrim.

Maniac revolves around two people who engage themselves in an experiment performed by a pharmaceutical company that promised them to free from all the problems. But, things don’t go according to the plan and the thrill begins. It is one of the most ambitious series Netflix has ever released.

The Ballad of Buster Scruggs

The movie tells six different tales in the western world and is named among the best movies released in 2018 by many publishing houses and is even on the best movies list of the National Board of Review.

Suggested Read: Reasons Why Creed 2 Failed Miserably And Was A Big Disappointment

The second season of highly successful series aired in May this year. After seeing the aftermath and the tapes in the first season after the death of Hannah Baker, the second season dives deep into her story with court trials and several other crucial events.

Not every movie on the list is going to keep you entertain or take you on thrilling adventures, we have even gathered some motivational stuff for you. First Match is one of the few movies based on a female wrestler that has almost everything perfect about it.

The movie revolves around a girl who joins an all-boys wrestling team to get her estranged father back. It is a classic story that has been executed with perfection. And, Elvire Emanuelle as Monique is probably the best thing about the film.

Suggested Read: Why Is Crazy Rich Asians The Best Rom-Com Movie Of The Decade?

Well, the second season of the show is already up and running and if you are not watching it, then you are missing out on one of the best shows ever made. The show is based on the film of the same name and revolves around a group of students of color at the Winchester University, which is also a predominantly white Ivy League college.

The brutal honesty, social commentary, and humor are some of the things that fuel this classic. It is a must-watch show if you want to understand the mindset of people facing racial injustice.

Another comedy-drama on the list. Starring Jennifer Aniston, Danielle Macdonald, and Dove Cameron, the movie revolves around a plus-sized teenage girl who is also the daughter of a former beauty queen.

The movie takes turn when the girl signs up for a beauty contest in order to protest but things escalate and everything completely changes.

The story is set in a small town of Texas. If you are looking for something revolutionary mixed with humor, then this should be on your watchlist’s priority.

Starring Ellie Kemper as Kimmy Schmidt, Tituss Burgess as Titus Andromedon, and Jane Krakowski as Jacqueline Voorhes, the show for the first half of its fourth season in 2018. The show is currently streaming on Netflix and will end in 2019.

It follows the life of Kimmy Schmidt who is trying to change her life while living in New York City. She has got a good bunch of friends and a fantastic boss who is helping her in getting through the tough times.

Sierra Burgess Is a Loser

Well, if you have been to a school, then you might be aware of bullies because almost every school has one. What’s the connection of that to this movie? Well, the story follows a girl, Sierra who is being targetted by one of the meanest girls of her school.

The mean girl gives the number of Sierra to one of the boys from different college in order to spoil her life, but things take a positive turn. This is a perfect teen comedy-drama that you must watch. The movie stars Noah Centineo as Jamey, Shannon Purser as Sierra, and Kristine Froseth as Veronica.