In a surprise move yesterday, Apple removes iOS Desktop App Store from iTunes 12.7 update. The iTunes update was released after the unveiling of Apple’s latest devices including iPhone X, 8 and 8 Plus.

iTunes is getting more focus towards the Music & Movies and becoming one of the media hubs. With the introduction of Apple TV 4K and iPhone X, 4K movies and shows will be available on it.

What does it mean for a normal user like me who use to rely on the iOS desktop App Store for all of my updates and downloads? 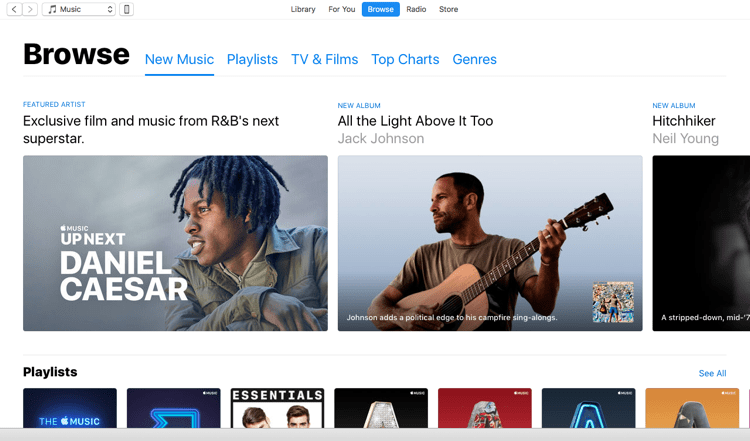 I have not used desktop App Store much but it’s the added functionalities which I use day to day to manage my multiple iOS devices. The ability to sync your apps and updates with iPhones saves a lot of bandwidth in case you have multiple devices.

Apple has put some effort in terms of reducing the app sizes for iOS devices. They have introduced App Thinning last year which has reduced app sizes a bit. App Thinning reduces download size by tailoring app delivery to the capabilities of the user’s particular device, with a minimal footprint.

So if you are using iPhone 7, all your files will be optimized accordingly and you won’t download any image or file required for iPhone 7 Plus or iPad. This saves some space but still, we can see the app sizes are growing. Many good games are already coming in above 1GB app size.

With this latest update, if you want to download a game which is of 1GB and play it on 5 devices, you will end up spending 5GB of data. Earlier I use to download the game on my Mac and sync it with multiple devices by sending only 1GB. Currently, there is no way around it and you have to spend extra data.

Apple provides an option to download the new purchases automatically, which will keep downloading apps in the background. Make sure you revisit it under Settings -> iTunes & App Stores, and select what should be downloaded automatically. This is the only way you can reduce data usage and select which devices should download apps automatically.

The one feature which I love about Android is how well they have optimized App Updates. Most of the app updates are under 20MB and very rarely you have to redownload complete apps. Many times I have received updates which are 2-3 MB for a major app.

Though in theory Apple also does provide an option to update the app as a delta, so only the change files will be delivered to the device but it still has not reduced the app update sizes.

I have compared updates to some of the common apps, check the chart below to see the update size in Android and iOS 10.

In the above chart, blue represents iOS 10 and orange represents Android. These are just the comparison of my last updates and not a one to one comparisons in terms of features.

As you can see iOS uses lot more data than Android, the only advantage was iTunes Sync as you can download it once and sync it across. That’s gone now and you can’t change it.

If you have previously disabled the automatic updates, you can enable it by going to Settings -> iTunes & App Stores.

Though App Store has been removed from iTunes 12.7, File sharing through iTunes is still available. Now there is a separate tab as File Sharing which lists all the apps which can accept the files.

Just drop your files or use the Add button to add the files in that app.

iTunes 12.7 got a support for iOS 11 device syncing so it still a primary way to backup and restore your iPhone. Earlier if you restore the iPhone, all the apps were getting installed locally. Now with the latest update, all the apps will be downloaded over WiFi.

The app settings are saved and still able to load correctly, so you should not face many issues with the restore. It’s going to take little longer as depending on the number of apps data will be downloaded over WiFi.

It might sound simple but there was an easy way to create ringtones with your iTunes media and sync it with iPhones. That is not possible anymore, so you have to either download the ringtones app or buy it from App Store.

Your already synced ringtones will not go away and you can still use them. Also, all the created ringtones are available in your iTunes library folder under iTunes Media -> Tones folder. Just that you can’t create any new ringtones because iTunes 12.7 does not support m4r files.

So as you would have noticed, I am not happy with this update. I understand that Apple is trying to debloat the iTunes app but there are many missing functionalities. The new App Store redesign with iOS 11 will provide much integrated and app focus experience. They might be having some problems in recreating it in iTunes.

I would prefer if they would have streamlined their app deliveries and made sure the delta’s are served correctly before removing the App Store from iTunes.

How do you feel about this update? Did you use iTunes iOS App Store for syncing your application?

How To Quickly Embed / Add Google Maps To WordPress

8 Best iPhone 8 Cases Which You Can Get Right Now