iOS 11: All New iPhone Features Which You Will Get This Fall

If you’re a die-hard fan of Apple, or their products, then you would be familiar of all the hype surrounding iOS 11. The upcoming version of popular mobile operating system will be launched in the coming fall.

The latest iteration of the iOS is promised to pack new convenient features that lean more towards the sharing and multitasking spectrum. There are other aspects of the OS, which have also been improved.

There are so many questions, we’ll get to that and more later. First let’s take a look at what to expect from this latest version of iOS:

If the tagline is an indicator of the direction Apple is taking with iOS 11, then it is safe to expect more new features for the iPads than for the iPhones.

Either way both will benefit a lot from the upgrade, so let’s get our expectations high for the iOS 11.

Though iOS 11 promise more features for iPad but it doesn’t mean iPhone is getting ignored. iPhone also getting bulk of new features, which will give an overhaul to the user interface.

Apple launched Live Photos in 2015 with iPhone 6S, it has generated mix reviews from that point onwards.

There are some issues which limits the usability of live photos like not able to select the still photos after click.

If the still photo is not good, you are not going to keep that photo. We all know how embarrassing it sounds to ask everyone stand again for a snap because the last one was not ok.

Well, that might change with the new iOS 11 as Live Photos can be edited.

There are 5 new editing functions; Trim, change default key photo, Bounce, Loop and Long Exposure. This should solve some of the basic issues and remove some small apps from your phone.

Do Not Disturb While Driving

Apple has added a new feature called the Do Not Disturb While Driving Mode. 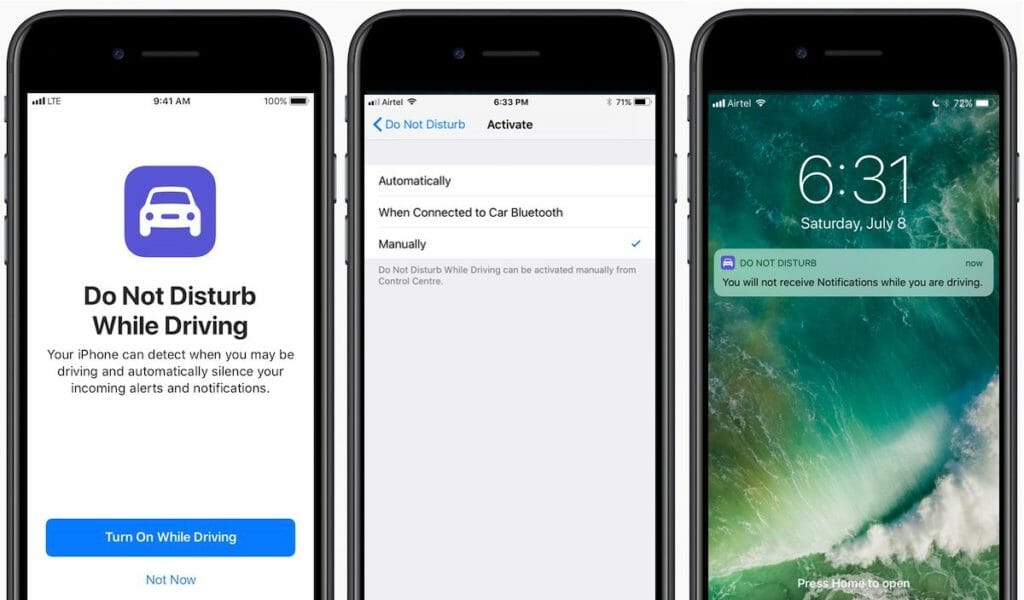 Its like Do not disturb and can be activated while driving. You can also schedule it to start automatically if the phone detects that your are driving.

You can also sync it with Car bluetooth, which seems to be an easiest option for me. As soon as it connects to car bluetooth, it will enable the Do Not Disturb While Driving mode.

If you opt for an automatic detection and tries to use your phone, it will not allow you to do that. Though if you are not driving or riding a bus, you can let it know and it will turn it off.

It also has a nice feature where it will send an SMS to the people, who are trying to call you, letting them know that you are driving. You can choose, if you want everyone to get the message or contacts or favourites.

Siri gets an upgrade.

With the new iOS, Siri will sound more natural and human-like unlike its usual robot-like manner of speech. It also has the added ability to translate English phrases into Mandarin Chinese, German, Spanish, Italian and French.

The translation will be in both written and audio format so no more talking nonsense gibberish to locals the next time you’re traveling. Thank you Siri!

Siri also can play a role of your personal DJ with the deep integration of Apple Music. This will be a good feature for Apple Music subscriber, just ask Siri to “Play Something”.

The App Store will look remotely familiar to you after its latest makeover with a Today tab welcoming you upon the app’s launch. App Of The Day will be thoroughly highlighted here to help you find apps and games you never knew you needed before.

Despite the name, the Today tab won’t just appear for a day and disappear completely the next day. You can scroll back this tab to previous days’ entries to help you discover overlooked new apps. This will provide more exposure for in-store contents; a move believed to be highly anticipated and appreciated by app developers.

There will also be a separate tab for both games and apps highlighting on newly published contents and handpicked apps selected by Apple editors. These tabs will also be showcasing available and ongoing in-game offers and promotions, which in turn will help app developers.

Messages app is also getting some revamp with a lot easier way to interact with the app integrations. Now there will be a prominent bar at the bottom, which will display all the available apps. 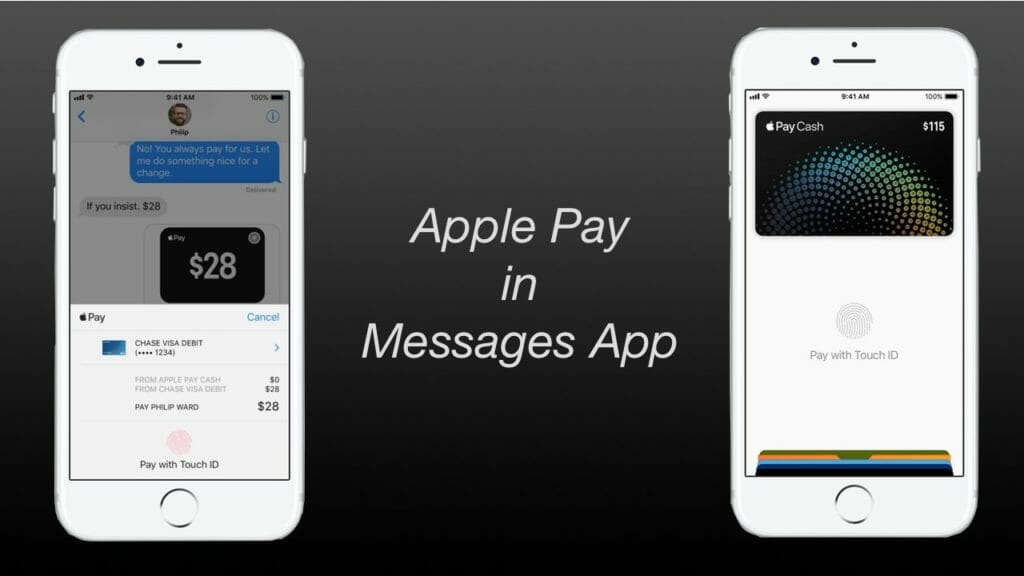 You will also be able to conduct Apple Pay cash transactions and transfer money via the Messages app.

Apple Pay is feature by Apple that lets you pay for your shopping with your Apple Device. You don’t have to endure the struggle of reaching to your pocket and carefully scan through your wallet for that one card to make a payment.

Read about how Apple Pay works here and come back here to realise the weight of this paragraph’s opening sentence.

Yes, you will be able to send/transfer Apple Pay cash to anyone via the Messages app without the need of third-party apps. Apple is also introducing Apple Pay Cash card, so all the money received through the Apple Pay can be used for any kind of shopping.

Apart from these two functions, URL sharing will also be integrated into the app via the 3D Touch (only available in select models).  You would have to 3D touch a URL or a link and slide your finger up to bring up the menu to share the URL.

Other new and cool features.

Other worth mentioning added updates and perks include:

iOS 11 is set to roll out to compatible devices this fall and will be available for iPhone 5s and above. Apple had recently launched the iOS 11 beta on June 26th 2017 and you can sign up for the program on the signup page – Apple Beta Software Program.

So that’s about it with the iOS 11 for iPhones. Now if this is a ‘giant step’ as indicated by Apple with their tagline, imagine how powerful and capable the ‘monumental leap’ is in iPads!

A look on that in our next article, so see you excited guys there.

Are there any new added perks we haven’t included into the list? Tell us in the comment section below!

5 Best Rugged Cases To Get For Samsung Galaxy S8

1 thought on “iOS 11: All New iPhone Features Which You Will Get This Fall”