2018 is just around the corner. There is a silence that follows the realization of missing something as inane as a year when all it does is provide us with a map.

Yet, it feels so close to home, to know that there is an idea like a year, mapped out for us and even then, we feel nostalgic.

In this moment of nostalgia, don’t you think a rerun of the Best TV Shows 2017 is in order?

Here is a list of best TV Shows for the year. Check if you have watched them all or add them to your watching list. 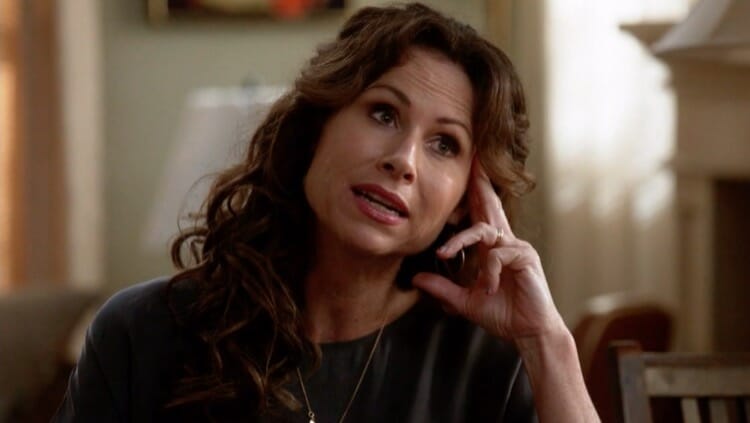 If a kid with Cerebral Palsy invokes pity, JJ in Speechless begs to differ. His invigorating wit and biting humor run the show in more ways than one, along with his mother Maya’s take-charge attitude, his father Jimmy’s I-don’t-give-a-care attitude, his sister’s I-won’t-take-a-no attitude, and his brother Ray’s I’m-always-right attitude.

The DiMeo family is ever entertaining and this season, the fun is no less. And who can forget JJ’s adorable aide Kenneth? 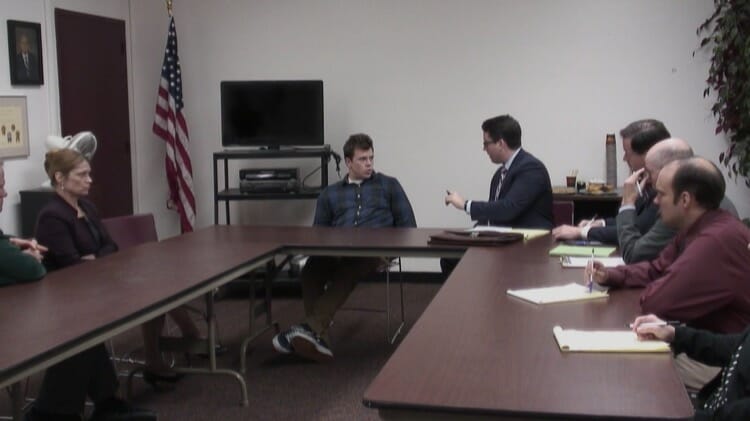 “Who did the dicks?” always brought forth a series of embarrassed chuckles but soon became a catchphrase in American Vandal. The story revolves around teens investigating the case of a preposterous high-school graffiti.

As inconsequential as it may be, the ways how something so trivial forms a link with a life-altering fact is what makes this show one of the Best TV Shows 2017. It’s mockumentary at its finest. 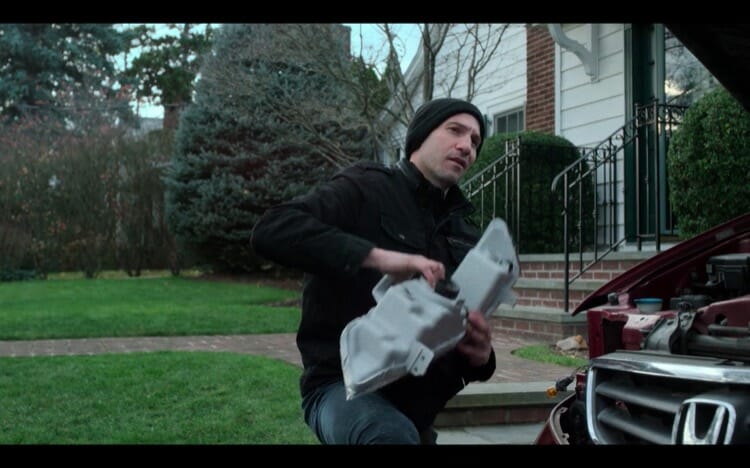 It’s hard to imagine the combination of murky violence and bloodied rippling muscles inveigling any soft-spoken mind but The Punisher managed to check that box off.

The Frank Castle-centric drama took American violence to a whole new level- almost exploring the possibilities of a world looming on our horizon. The best part is the appearance of traumatized veterans who get a say, finally! Some of the episodes that were an absolute bang are Kandahar and Virtue of the Vicious.

This TV series went off a tangent from mainstream ones and that’s why it is essentially one of the TV Shows to Watch 2017. 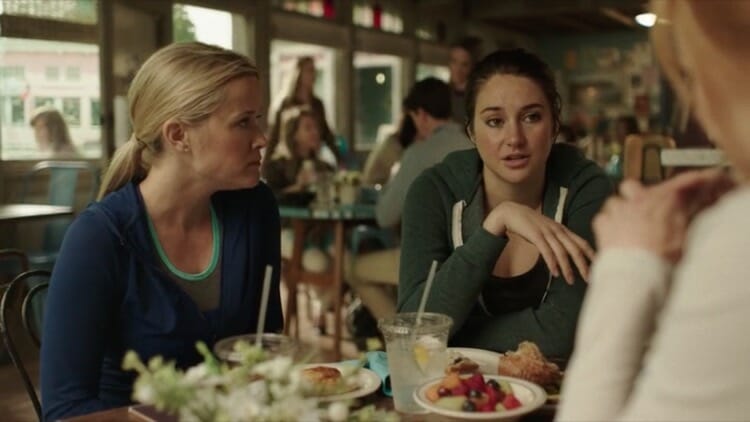 This would be the cocktail show of the year. It has got all the dramatic aspects that never fail to touch a chord with us.

Transformed from a mere beach read into moving pictures, this show is a stunning rendition of elementary school rivalries, tough motherhood, and friendships that are bound to last. Then there’s the delicious music!

Suggested Read: 14 TV Shows To Watch With Family This Holidays 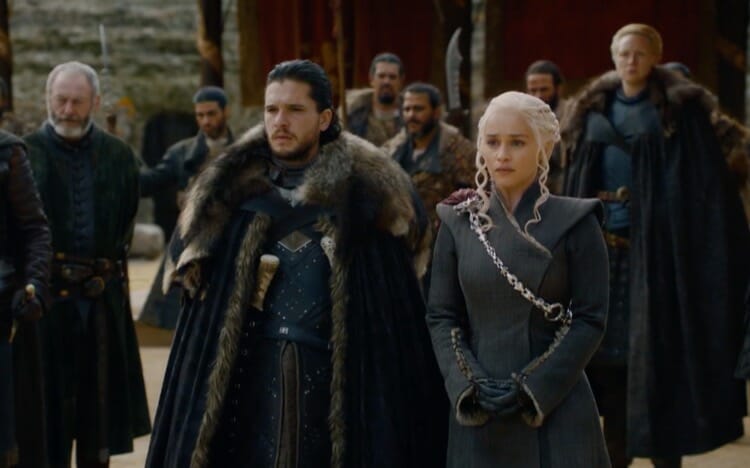 As its coming to its finale, the storyline becomes more clear and predictable. But the huge following means that they can still spend millions on the show and the graphics will tell that story. Whether it’s the white walkers or the dragon, see them coming live on your screen.

One Day at a Time (Netflix) 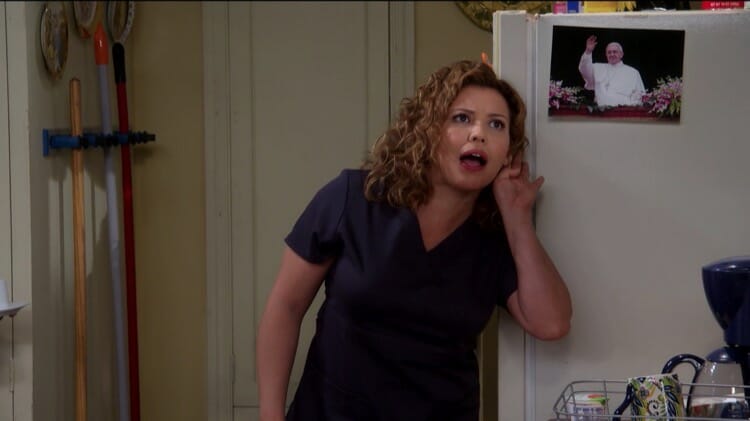 Here is the surprising joy of 2017 and this is why it is one of the Best TV Shows to Binge Watch- an update of Norman Lear’s own series from 1975. The Cuban-American family’s varied opinions, add a tang of morbid entertainment which sits cool with the multi-camera sitcom’s audience. It deals with a list of subjects starting from dating and ending at deportation.

Despite the shortcomings, their love is a fluffy cotton candy and you nibble and nibble until the aftereffects of the twenty minutes die in your memories. Hold Please and Sex Talk are few of the exceptional episodes. 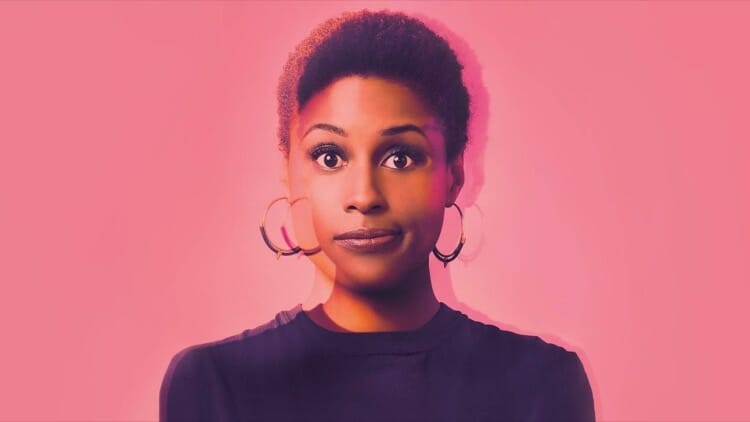 We shouldn’t judge a book by its cover, likewise, we should NEVER judge a show by its name. Well, we did, and it clicked. Insecure attracted major part of the world population because yeah, we all are a tad insecure.

Although the second season didn’t have narration solidity as the first, it stuck with us. Insecure always stuck, no matter the consistency (pun unintended)! 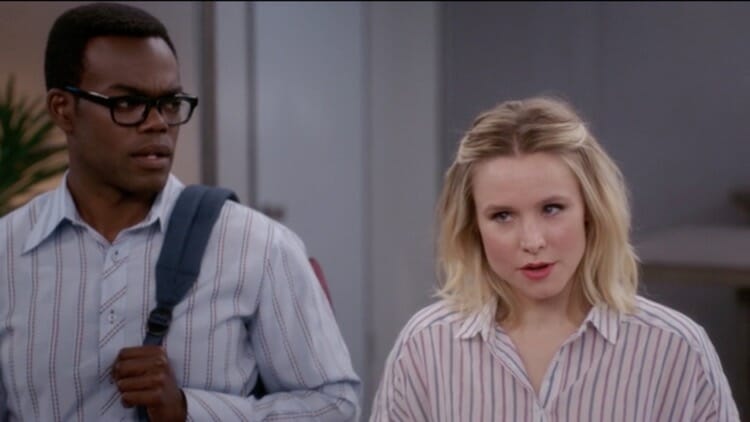 The weekly glimpse into the afterlife is too tempting for our own good. The ways of Michael Schur have always been things of wonder, and The Good Place is no different.

It arouses an interest we can all own up to and Janet, who falls in love with an idiot, only makes it more appealing. Michael’s Gambit and The Trolley Problem are the best episodes of the show till date. 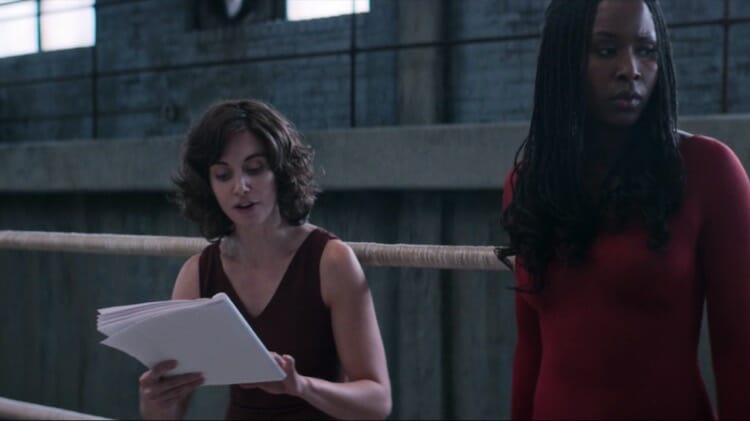 The world doesn’t just have bad guys, it has bad girls too. GLOW bags the cup for TV Shows to watch 2017 because it has a defending tone against male machismo.

The alien world of fascinating women and their glistening wrestler-skin is all too special. We love Ruth and her “bad guy” ways! 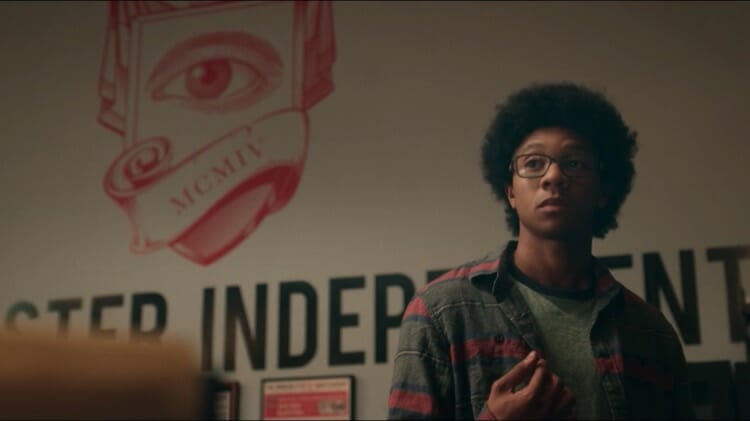 After all the fun, we need a dose of solemnity to keep us on our toes and that’s the political show of the year, Dear White People was expanded from a movie into a series.

The occasional sprinkle of humor is delectable and the theme of the series is something we can all look back upon. This world will never get better! 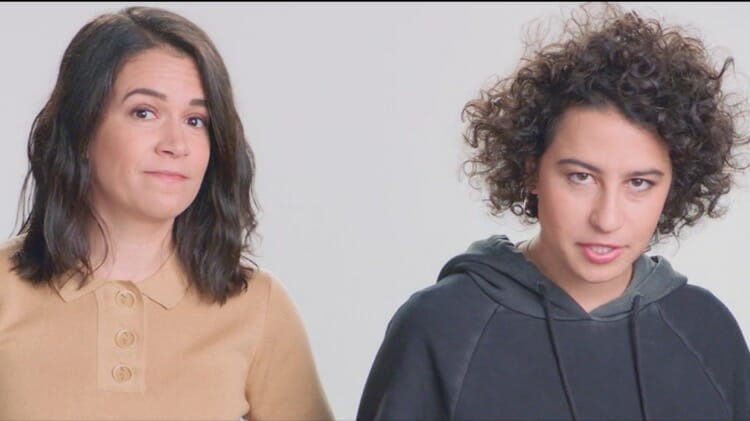 The never-ending departure is a good touch and the ever boiling turmoil underneath the layers of the series is quite entertaining. The plot might not be very catchy but the characters surely make up for it.

Broad City is real life on the telly. Florida and Witches remain the most memorable episodes in the show. It’s a fun show, different from all the action-packed ones and so, it is definitely one of the Best TV Shows to Binge Watch. 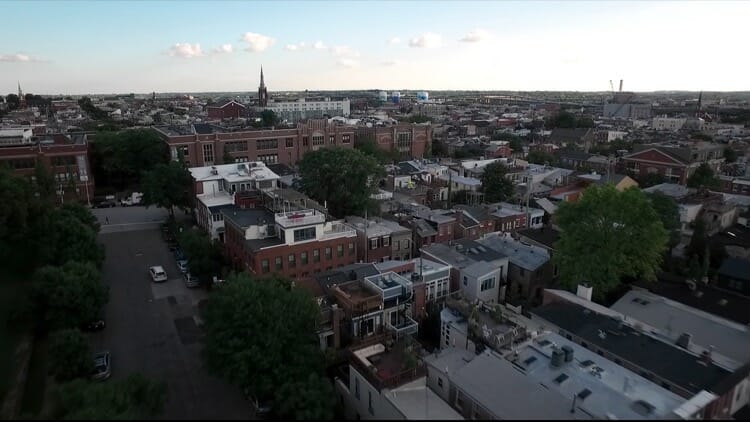 The Keepers is the voice of the marginalized and the downtrodden. It narrates a tale of mystery and it’s a world-based thriller in every essence.

It kicks off with the investigation of an unsolved murder which turns into a full-fledged version of the epitome of shock when we find out about the priest who’d raped dozens of girls. 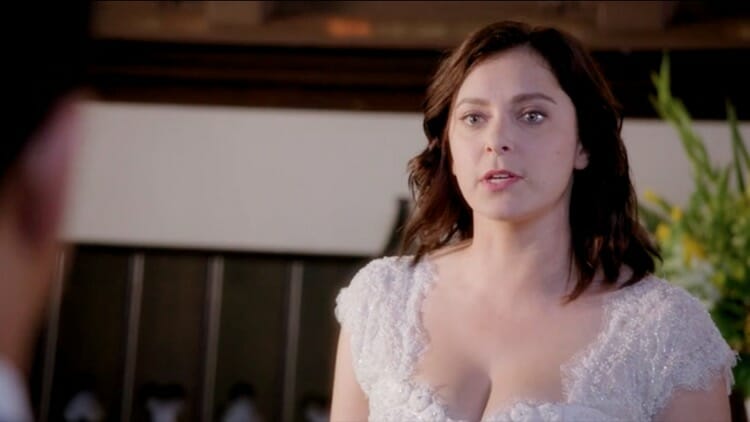 This is the story of the jilted wedding-girl and her life thereafter. It’s amusing to the very ends and the narration is quite gripping. Very simply presented but there’s a grandeur even in the simplicity it bequeaths. 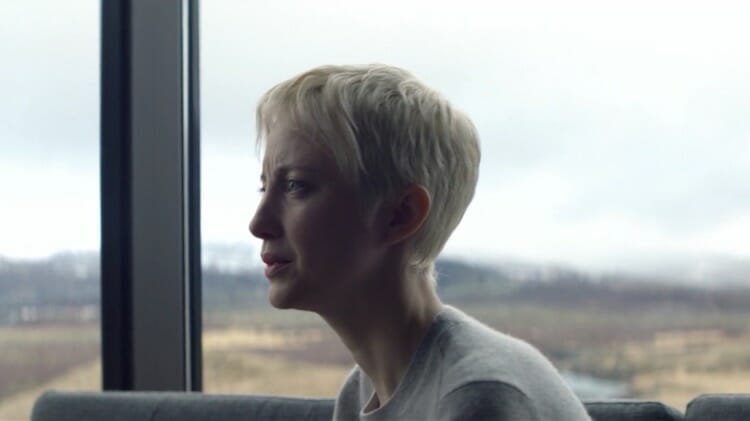 Netflix has ended the year with a long-awaited new season of Black Mirror. If you love the technological advancements, this series takes it in a different direction.

Check some of the good interpretation of technical advancement and where it can take us with this critically acclaimed series. 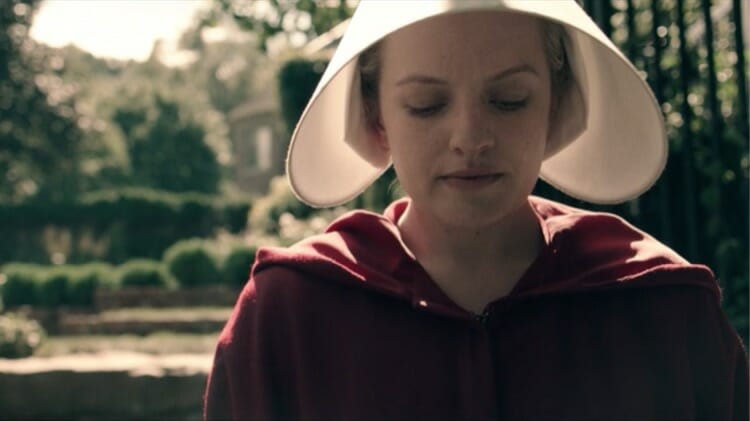 This is based on an award-winning novel which tells a story of Offered (Handmaid). How from having her own family she has become a Handmaid and how being fertile women in the land of Gilead become a curse for her. 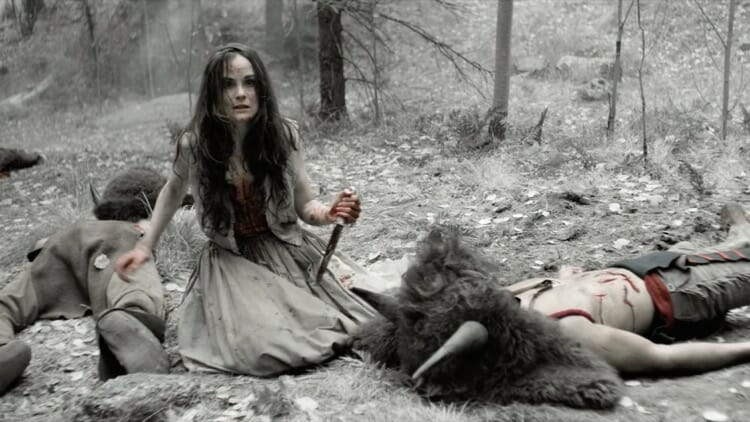 If you are waiting for the 2nd season of WestWorld, this was not the year for that. But you can still get some Western love with Godless.

Storyline is simple but the recreation of 18th century western scene are realistic. You will get to meet a ruthless outlaw who not only belives in God but also in his own law. He has to face a member of his own team who has turned against him but how many people will be killed because of that?

It can be asserted with some high-end confidence that if you are a TV lover, then you might’ve watched all of them or some of them at least, but a sincere TV lover always has the time for some rerun, don’t they?

Let’s go back in time and have more fun watching the characters come alive.