iOS 11 will bring some much needed changes to Apple’s Live Photos.

The Live Photos feature has been around since 2015 and it has been generating avid users and lovers. There is an section of iOS users not liking the limited usability also.

Well, that might change with the new iOS 11 as Live Photos will be sporting a feature that allows Live Photos to be edited.

This will make sure that you can finally fully utilise this 2015 feature alongside your creativity and quirkiness.

Trim and Change Default Key Photo are features commonly found in video editing software but the latter with a usually different assigned name.

– Trim allows you to remove unwanted portions of the captured Live Photo thus making sure that only the best shots stay. 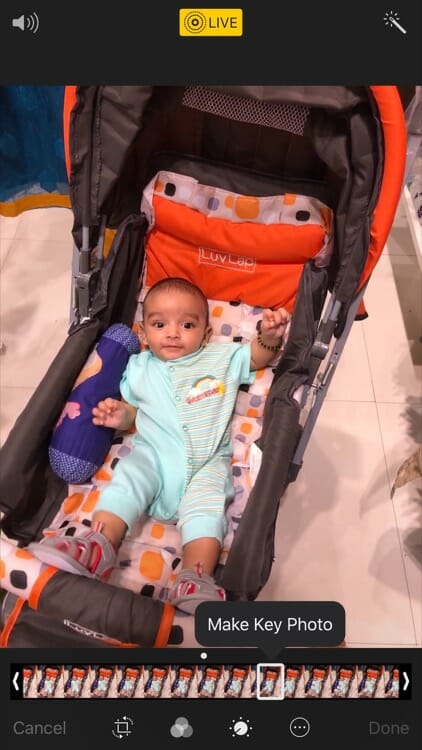 – Change Default Key Photo is useful for when you pressed the shutter milliseconds late and captured a blurry photo. Live Photo do capture the video few seconds back and forth from the still, which can be used to correct this image.

This function operates by letting you pick a specific still image from any shots within the brief videos on either side of your captured Live Photo. It sets the picked image as the new key photo of the Live Photo.

It’s like going back in time and recapturing a badly taken photo.

Don’t Miss: How To Create iPhone Ringtones For Free

– Bounce edits your Live Photo by pre-selecting a starting and end point for your Live Photo. It than plays the collective photos in a usual forward motion before playing it in reverse, hence the name Bounce.

– Loop, the name tells its story itself. This function plays a selected Live Photo to look like it goes on forever without stopping, like a .gif.

Goggle has released an app called Motion Stills, which use to do this gif creation from Live Photos. You don’t need that app any more.

– Lastly, the Long Exposure. Photographers will love this! This editing function works by merging the short video captured by the Live Photo feature with the photo you captured with the press of the shutter into one new image.

One new image where the moving lamplight in that short video becomes one long streak of scarlet light trails with your city’s architecture visualising itself majestically as in that photo you snapped.

It will help in taking some wonderful images from iPhone, like waterfalls, roadside in night etc.

iOS 11 will add a support for converting your photos to Apple Watch Face. You can select up to 10 photos or any album to display random photos as Watch Face. 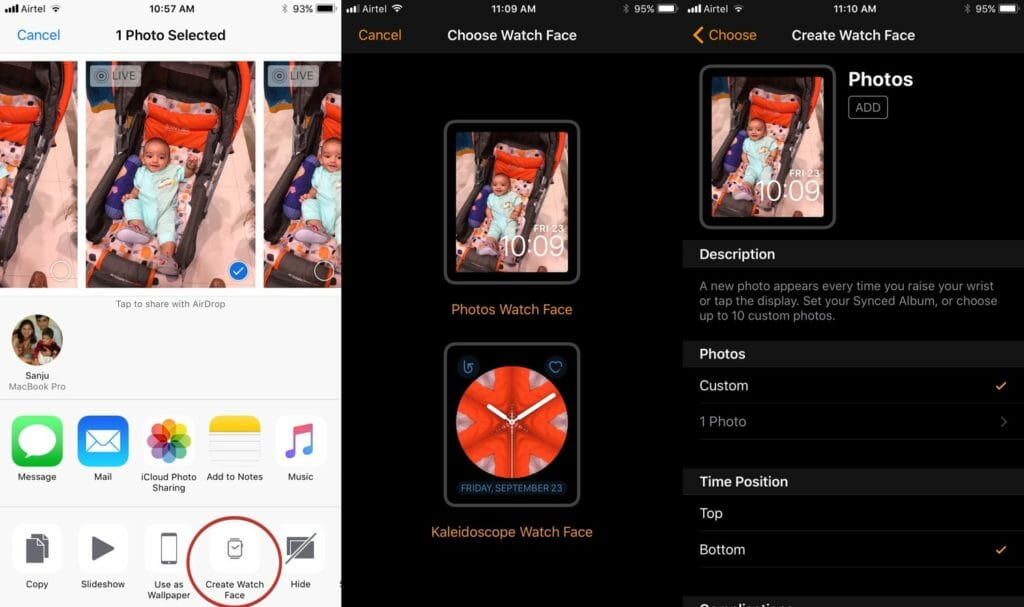 The selected photos will randomly shuffle across your watch screen. You have some basic options like time position, Complications (to display something above and below time).

So now overtime you raise your wrist, you will see your loved one’s.

Don’t Miss: Best iPhone 7 Plus Cases Available In The Market

iOS 11 will introduce a new HEIC image format and HEVC video format. These are highly compressed format and will save upto 40-50% storage space on iPhones.

They new formats will work from iPhone 6S onwards or any device which has A9 or higher processor.

Apple is introducing lot of new filters in the photos to make sure that your photos will shine in every way. Lot of those filter are targeted for Portrait mode, which is a key feature in iPhone 7 Plus.

If you want to try these new features, you can opt for Apple Public Beta Program. Though I don’t recommend it for your primary phone.

So hopefully these new live photos enhancement in iOS 11 will make it more expressive and easy to use.

Combine Multiple Images Into A Single PDF File On Mac

iOS 11: All New iPhone Features Which You Will Get This Fall