The 10 Best Shooting Games for PS4 To Play Right Away

Today, there are abundant modes of playing video games available due to the advent of personal computers and the World Wide Web. Long gone are the days when video games were of very low quality and didn’t have much substance in them.

With the emergence of laptops, Nintendo Wii, Play Stations etc, playing video games became much more pleasing than it was during the 1990’s.

The newly launched PS4 has no doubt become quite a staple for most kids and adults alike. 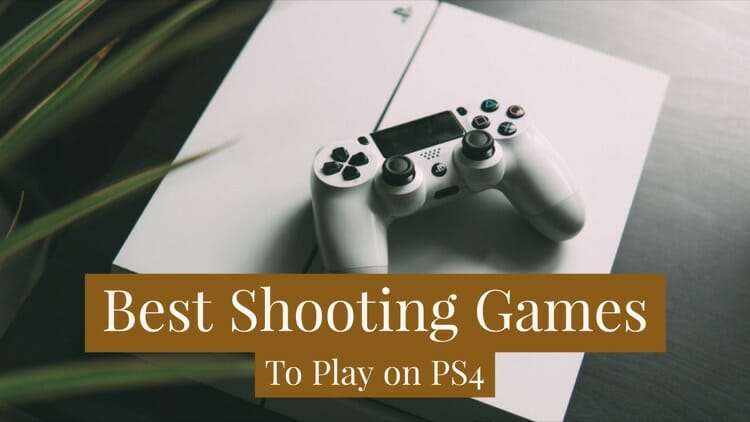 But what games should a person look for so as to experience optimum fun out of their PS4?

Thus, for your entertainment, we bring you the 10 best shooting games for PS4:-

If you have played all the Call of Duty games, then there is no possible reason to miss this installment in the franchise.

The game tests the player at every turn. For example, making the players take a decision whether or not to make the enemy soldiers surrender, etc. Since it includes no health packs, players have to either request squad members or look for them scattered around.

The squad members provide help in the form of ammo and cover fire.

Released in June 2017 by Finnish game developer Maccquerbare, this game embodies the typical spirit of Robotron. A planet dominated and taken over by robots which the player has to kill in order to save the planet.

The hero has to keep shooting and eliminating the endless waves of enemies that keep coming until he reaches the salvation point or his own death.

The storyline of this game is quite a simple one. It is the year 1961. The assassination of Nazi general Deathshead has had no great impact and the Nazis maintain their vice-like grip all over the world. Thus, the fate of the world rests on the shoulders of BJ Blackowiz.

He runs his way through all the obstacles presented to him in the game to ultimately fulfill his objective of liberating America from the tyrannical rule of the Nazis.

Players have the ability to lean around, over, and undercover, which can be used as a tactical advantage during the course of the game.

In this game, the player shoots and kills his enemies from a distance. The release of the bullet from the gun leads to the activation of a type of X-ray camera which tracks the route of the bullet as it travels through the distance.

It ultimately displays the impact of the bullet on the enemy (such as the shredding of the muscle or bone, etc).

This game also has some interesting features in the manner that it consists of missions of varied types:

This game is about the battle between Dominus Ghaul, and the three protectors of the Light. They are Titan, Warlock, and Hunter. The three of them protect Earth’s last safe refuge.

This is a place containing a divine power called the Light which protects the city. Many alien races yearn for it and repeatedly attack it. However, it is Ghaul’s army which succeeds in its raid and strips the city of the Light, leading to the battle thus spoken of.

This game also consists of multiplayer modes and allows for a much more flexible style of gameplay. It has an improved communication network between the players and also the presence of an actual, fleshed out villain, unlike the previous Destiny game.

This game deals with the actions of the last known human survivor, Dr. M.Peters. He used to work in the Martian research facility known as the UAC which was invaded and destroyed by the aliens.

In order to save himself and the knowledge of his research, his consciousness is transferred to artificial brain matrix. With the help of this matrix, he defends that knowledge till his death.

This game is based on the movie, Star Wars. The heroes in this game are as follows: Luke Skywalker, Princess Leia, Han Solo, Chewbacca, Yoda, Rey etc.

Unlike its predecessor, it has a full campaign battle story. The game has a single protagonist, Iden Versio, who is the leader of a section of the Imperial Forces known as the Inferno Force.

In this game, the central character is Morgan Yu, who is exploring the Space Station Talos.

It is a role-playing game involving stealth and a strong narrative. Also, there are features such as choosing the player’s gender and various decisions which affects the gameplay.

It deals in a world, where US President John.F.Kennedy survived his assassination attempt. There is a team-up between the US and the USSR forces to battle the Typhon, unknown to the general population. The story along with graphics make it one of the best shooting games for PS4.

This game is set in a time where the world has been dominated by an alien material known as “Smart Matter”.

In this game, the protagonist is Avalon Darrow, who takes control of a battle suit. Darrow can jump, charge and blast aliens.

He can also create platforms to explore the environment and generate energy shields to protect himself from his enemies.

This game deals with the actions of Jonathan, an elite sniper who seeks to search for his brother Robert, who is kidnapped by Vasilisk.

The plot is basically about how Jonathan takes on his enemies and later, the people who kidnapped and brainwashed Robert into becoming a super soldier for the Society 23.

Ultimately, the game ends with Jonathan plotting to take revenge against the Society members because of Robert’s death.

Video games are without doubt a standard part of our lives today.

Be it something as simple as a video game exhibiting a two-dimensional player running through or over barriers in the Mario game, or the breathtaking actions in the fantastic dystopian world of Crysis 3, they are all based on real-world scenarios.

Especially, those games which involve soldiers and shootings, such as that in Call of Duty: World War II.

We hope we have helped you all by formulating this list of the 10 best shooting games for PS4. So, do try out all these games and have a great time ahead.

How To Recover Your Money While Setting Up Smart Homes

MakePad: The Revolutionary Way to Build and Learn Coding For Kids