Firstly, here’s a toast to almost crazy heads out there. Cheers! You’ve been the life of the party because you’ve always stepped up on the organization part. You’ve successfully thrown a lot of parties and there are people who are looking forward to attending more.

Undoubtedly, Apple TV has become the most loved party tool in town. It’s more than just a TV. Fully equipped with latest apps and other Apple applications, it has taken gaming to the next level.

With Apple TV, you’re just a Siri Remote or MFi controller away! (You can also use your iOS device or Apple watch). And it’s definitely hard to beat the gaming experience on Apple TV.

Even if you’ve got an iPad, your A-series chip is one of the fastest processors to give you the best gaming affair. Also, the built-in motion sensor, big screen, sound quality has a definite say in the user experience. Please don’t miss out on the 10 Hour battery life that keeps you wanting for more. 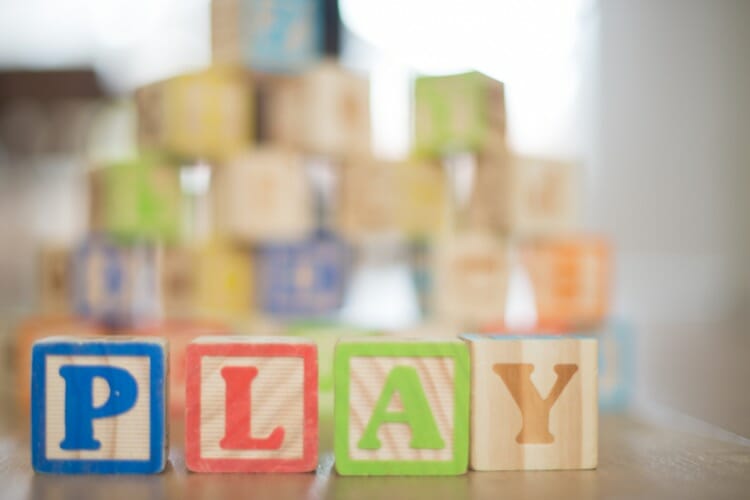 You’ve been there helping people holding onto their horses. And also keep them on their toes till the dawn strikes in. But, where’s the thrill without a breath of fresh air? To keep up the craziness, you’ve got to have a list full of surprises to make your guests wanting for more.

Probably the talk of the Apple TV town, Just Dance Now is the one to unleash the dancer within you!

Super fun and energetic, all you need to do is connect your iOS device with the screen and mimic the dance moves flashed on the screen.

To unlock the next track, you need to be fast, bubbly and accurate. Sounds fun? What are you waiting for, start grooving! P.S- Your special moves will help you earn some extra points along with some hoopla.

Music is always appreciated after a tiring dance session. And I’m sure so will this game be followed Just Dance Now.

This game is super easy. Pair up yourselves with the best music lovers in the room and get ready to make some melody guesses.

Some audio clips from a song will be played and you’ve gotta pick up the right option. Tada! That’s it. Take that musical trip down the memory lane and start scoring.

Suggested Read: Best Action Games To Play On Your iPhone or iPad

Party is meant for all the trivia going around you and that’s why this game makes it in this list. You’ve got a variety of options to choose from – Literature, General Knowledge, Film and TV, Sports; pick one and start competing.

All you got to do is answer the questions flashed on the screen with the help of the options given below. At the end of each round, scores of the multiplayer will be calculated. Get bucking for the next one!

I bet this is going to be the most hilarious session at your party. The concept of this game is quite simple- Firstly; select a theme from the deck of cards available- they range from Celebrities to Animals to Star Wars.

Now, hold up the phone to your head and try guessing the word from the descriptions and actions done by your friends. Try not to fall down laughing at your own guesses.

Skill mixed with fun is the correct combination for all the intellectual ones out there.

Who will be the first one to throw the balls in all the party cups? You or your opponent? Get the speed and accuracy do some talking here!

Are you often caught doodling during the lectures? Then this is the perfect piece of cake for you. The difficulty level lies in your hands.

Experiment with different brush sizes and colors to draw objects and let others do some guessing. Go Pictorial, my friend.

Love role playing? Or a techno fan? Gather all your techies and role players and team up to save your spaceship.

All of you are in a spaceship which is racing against a big star. What’s the challenge? The spaceship is falling apart slowly. How far can you go to save lives? 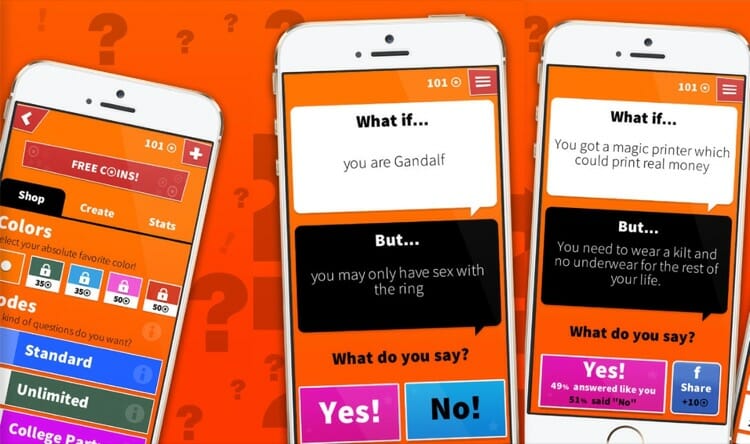 There’s always an unknown side of you hidden from all. And that’s the case with almost everyone around you. Want to turn things around? This game can be the real ice-breaker. A lot of questions which start with What if… can reveal a different shade of one’s personality.

That’s it. It’s time to know your gang better and really know what they care about.

Master at telling stories and bluffing? Play this easy but addictive game with other bluffers in your group. With seven questions in each round, tell a story and catch a lie. Let’s funnel it down. You have to tell your story to the world.

When the questions appear on the screen, the players can enter their lies. In the end, all of them can decide on the truth factor. Pave your way to victory story-teller!

This multiplayer collection of mini-games comes packed with a huge bundle of laughter and merry time. Pick up one of the adorable characters for each one of you and start rolling.

Get lost in the weirdness and start tapping with several mini-games back to back.

Last but not the least; Karaoke is one game which is really close to our hearts. Lights, blankets, close friends and some good music.

Sing along with different tracks according to your vibe and gather your tribe. Thinking out loud to Despacito, try out different tastes and crown the Singing Queen or King of your night.

Suggested Read: Best Action Games to Play on Your PS4 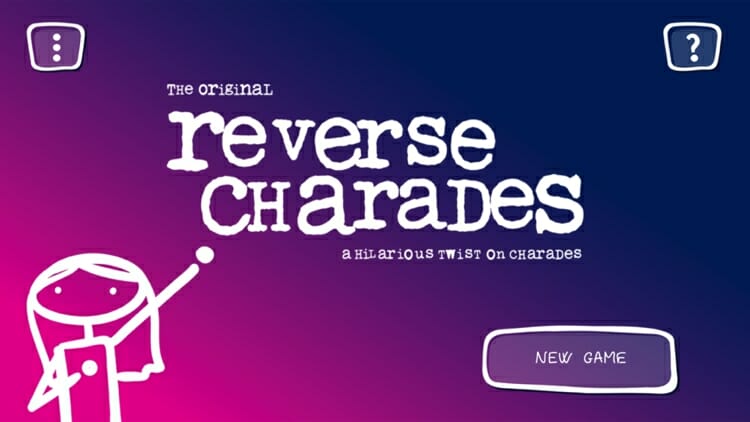 If you like games like Heads Up and Charades, you would love this one. Here you take the opposite role from Charades while trying to guess as many words as possible in limited time. Your whole team can enact the words and you will be the one guessing.

Let’s see who can score more and guess more words?

Now that you’re all geared up and, on your toes, already, where’s the party fella?

Top 9 Must Have Baby Tech Gadgets For First-Time Parents