The Best MMORPG Games For Android And iOS

With the soaring popularity of the blockbuster game PUBG, people are increasingly being exposed to different genres of games. Imagine playing a game that takes you through different worlds and lets you experience the vastness of the gaming universe.

If you like playing games that involve strategy role-playing in virtual, realistic settings, MMORPG is the perfect genre for you. But do you know what MMORPG really is? It is an acronym that stands for ‘Massively Multiplayer Online Role-Playing Games’. 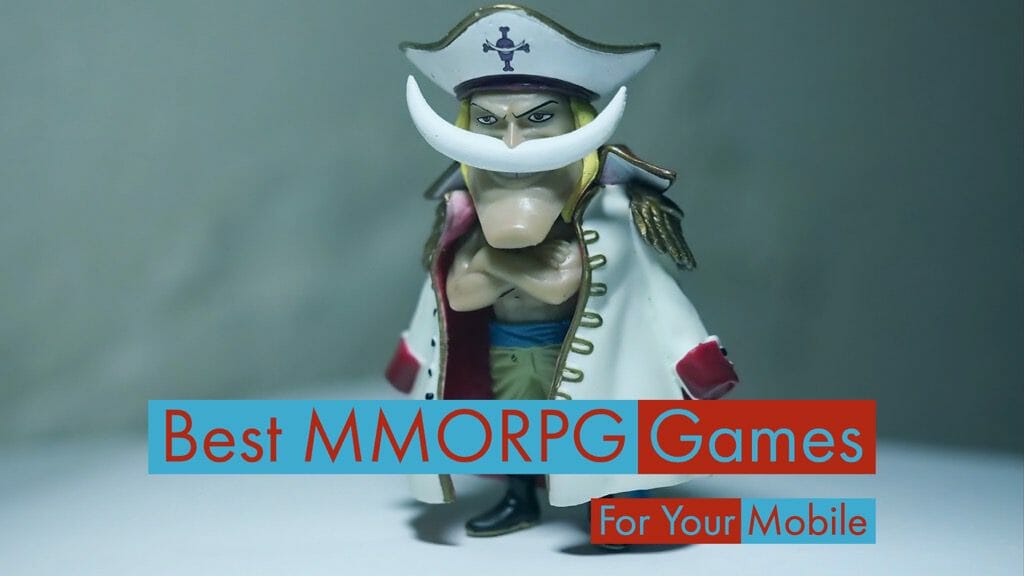 Being a multiplayer genre, a large number of people play the game in a shared universe. Thus, all players simultaneously connect to the game. MMORPG games are gaining popularity because they allow players to interact and strategize together.

Below is a list of some of the best MMORPG games for iOS and Android!

Adventure Quest 3D is one of the most ambitious MMORPGs available for Android or iOS. Expert gamers feel that the quality of the game deteriorates when played on a mobile phone, but this game seems to be an exception.

One of the best features of this game is that it is cross-platform, which means that users across all three available platforms of Android, iOS, and PC can enjoy it. Moreover, Adventure Quest 3D developers are continuously polishing the game to make it better.

For all anime lovers out there, Alchemia Story is a gripping anime-inspired MMORPG released by Asobimo early in 2018. Pro gamers have positively reviewed the character development in Alchemia Story. The graphics, storyline, and characters are better than most Anime inspired PC MMORPGs.

If you enjoy games like Blade and Soul or Guild Wars 2, you’ll definitely love Alchemia Story. These games have large, instanced zones which expand over large areas. The game isn’t open world, but it has plenty to offer in other areas. Combat in Alchemia story is superior to other MMORPG games.

It is an instanced turn-based battle, akin to other contemporary games. It is not surprising to know that the game has a humongous fan base not only in Japan but the entire world.

This is an incredibly popular mobile version of the PC game released in South Korea in February 2018. Black Desert Mobile has unparalleled graphics and an exciting plot.

With this game, Pearl Abyss transferred their top-tier action combat game from PC to mobile, offering what many believe to be one of the best MMORPG games for iOS and Android. Characters are similar to the PC-version, but the user interface is different. They have retained the features of the PC game which will help you to craft your character.

The game has the same classes and familiar areas to explore along with a host of non-combat activities such as crafting, sailing, resource gathering, fishing, etc. What can be said with certainty is that once you start playing this game, you won’t be able to keep it down for a long time!

For now, you have to use an emulator to play the game but its English version is expected very soon.

Although the Dungeon Hunter 5 is not a classic MMO game, it offers co-op and asynchronous multiplayer settings. This is not seen in other mobile titles such as Clash of Clans or War of The Vikings. You may feel that the Dungeon Hunger 5 is a lot like Hack’n’Slash with better graphics and a more entertaining gameplay mechanism.

In the single-player version of the game, you acquire different assets to place in your own dungeon. Other players then come and raid it. An AI-controlled version of your own character is a unique feature of this game that qualifies it as one of the best MMORPG games for iOS and Android. With this feature, if your character has developed strongly, you might just fend off other players and keep your bounty safe.

Android and iOS games are the genres of casual games and space simulators more than PCs. Vendetta Online is an MMO space simulation that comes with flawless graphics and seamless fluid controls. Its developers have made sure that it incorporates the complexity of a PC game.

They have proudly stated it in the store pages too! If you expect this game to be a cakewalk, you’re terribly mistaken. Vendetta online requires skill, strategizing and extensive concentration. The game has two listings in the app store – one offering the full experience and one with simplified controls.

This shows the level of dedication the developers have put in to make this game a real challenge. If you like playing space shooters that challenge you in the truest sense, Vendetta Online will be your favorite game.

Suggested Read: Best iOS and tvOS Games To Have Fun on Game Night With Friends

Aura Kingdom M is one of the few full-fledged MMORPG games that fit in the genre like a glove. This game has literally everything that you’d look for in an MMORPG game. Classes, talent trees, instances, mounts, crafting, PvP are all packed into a powerful mobile game.

Aura Kingdom mobile has a large world to explore but you might find it less dynamic than its PC counterpart. Character creation is not as advanced as its PC version as well, giving you a reduced amount of customization options. But overall, this is a gripping, enjoyable and a quintessential MMORPG.

When we talk about MMORPG games, how can we forget anime MMORPG Toram Online! It is one of the most-played games till date. It is not a recent game and has retained a huge player base for over 4 years. This game has an open world setting with a point and clicks combat style.

This makes it a little less fun and cumbersome but it has an eccentric combat style. Character customization in Toram Online is much better than other MMORPGs. Graphically, Toram comes second to Alchemia Story. Unlike other MMORPGs, Toram doesn’t give gamers an option to choose a class.

You’re given access to many weapon types and you make a choice and go ahead. Thus, Toram Online is probably one of the best MMORPG games for iOS and Android out there.

If you’re looking forward to trying the MMORPG genre, be sure to check these games out. We are sure these games will keep you hooked on to them. You will not be disappointed!