You are here: Home / Android / Mobile / 10 Best puzzle games for Android To Play On Your Phone

Well, their personalities and style of crime solving notwithstanding, they all have one thing in common: they are detectives.

Now, one might ask, what essentially is a detective and what does he/she do?

A detective is a person who solves mysteries, crimes (and prevents them!) and also, is a person who does not believe in going by the book if it means being able to solve a crime and catch the culprit (that, however, does not mean that they constantly break the rules, they do only whenever necessary). 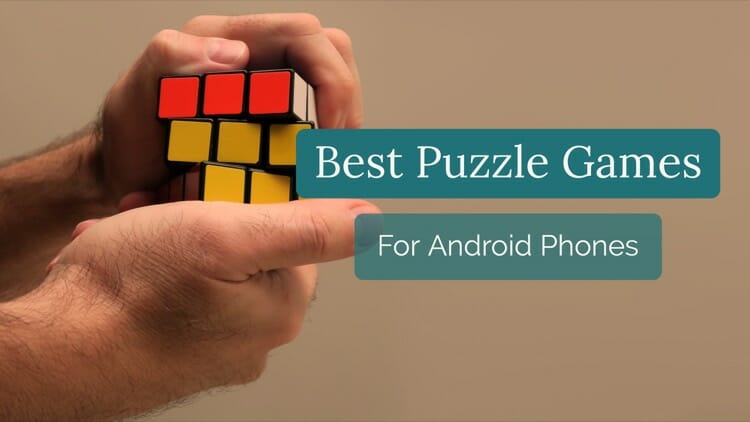 Now, most of us like solving puzzles isn’t it?

In the bygone days, solving puzzles meant going on mock ‘treasure hunts’ in a certain portion or area or place and ultimately being to locate the ‘treasure’ by following certain clues.

So, therefore, catering to your love for puzzle-based games, here we bring you the 10 Best puzzle games for Android

Developed by Martin Magni and released on the 15th of May, 2016 on the Nintendo Switch, Android, Nintendo 3DS platforms, it is also available for Android and iOS phones.

Now, what one essentially has to do with the game is that one has to guide a droid shaped creature (for all practical purposes, we shall call him a robot) through 50 different levels of simulations of various real-life structures, such as in case of buildings, lifts, sewers, etc and so on and so forth.

The robot is or can be controlled by tapping on the exact tile you want it to come to. However, movement wise, it is not all that flexible, that is, it has restrictions like it cannot jump over a particular tile or move through a path blocked by barriers etc.

The game is fun-filled and engaging; one can never get tired of it as the difficulty of the game increases with the progression in levels which ensures that the attention of the player never wanes.

Also, the endearing appearance of the robot (it almost appears to be like a droid baby) helps in increasing the popularity of the game.

This game was developed by Italian web developer Gabriele Cirulli and released in the year 2014 on the 9th of March.

In this puzzle game for Android, one has to slide single slides in rectilinear directions (front, back, left, right) and fuse them with other slides to keep on adding them and reach the number 2048, the reason behind the name of the game.

The game begins with a single slide whose numerical quantity is 2, and as one slides that slide in a direction, another appears bearing the same number and then, the game starts.

Developed by Zepto Lab, this series of games is fun and engaging one with the players having to manipulate the obstacles or objects in such a way that the candy (the red, orange and yellow ball that can be seen above) reaches the green blobby creature, who one must admit, is quite cute.

One hast to slash ropes, squeeze the air-filled tubes etc. to manipulate the candy such that it falls in the blob’s mouth.

Suggested Read: Check the Best Action Games to play on your iPhone

Developed by Disney and released on the 22nd of September, 2011, this game has been a hit with its players since its inception owing to its good graphics and tactical gameplay.

Developed by Free Flow games and released on the 7th of June, 2012, this game too has been a staple favorite for people wishing to utilize their brain as well as pass the time in an enjoyable manner.

In this game, there are several colorful dots, which the player must extend to join with the same colored dots creating a line of that color. Each level gets completed when all the dots of all colors have been joined with each other.

There are many levels to play and choose from to keep the players engaged for a long time.

Developed by Orbital Nine Games, this game is yet another smash hit with the players owing to its challenging levels which require at least a basic grasp of physics (never mind if you are a commerce or arts student) to get through them.

The level of difficulty is evident from the 2nd level thereafter, though, the increase in difficulty makes the game only more challenging for those willing to exercise their brain.

Developed by MAG Interactive, this is yet another addictive game where the players have to form words by inserting the correct letter in the correct slot.

This is not as simple as it looks, however, for sometimes, one has to think carefully before placing the letters.

Suggested Read: Check the Best Augmented Reality Games to play on your iPhone

Developed by BoomBit Technologies, this game is quite a popular one which involves building a bridge by joining the pieces of the bridge together to enable the Monster Truck to cross it. This game uses physics applications too.

This game is similar to where’s my Water, except that here, one has to join the pipes to form a complete path for the water to flow and enrich the plant.

Developed by Mangobit Technologies, this is quite an engaging game which involves the players shifting and moving the blocks in such a manner so as to allow the ball to flow from the beginning to the end.

Therefore, we have provided you here with the best puzzle games for Android. We hope you like it.

All of the games that we have provided here are in essence, puzzle-based games and yet, they possess an individuality of their own. We hope you try out at least some, or all of them and have a great time ahead.