Music is probably the biggest entertainment form available after films. Though, when they intertwine with each other, the result is much more fascinating to witness.

Music has been used throughout the film industry to make things entertaining for the viewer. But, there have been several movies in the film industry where the whole plot is surrounded by music. So, you can imagine how wonderful the movie can actually be.

Many films have been made in the industry about music and musicians. Some of them are the biopics of famous musicians whereas some show the art and dedication required to be a musician or a struggling artist.

So, if you are one of those who is interested in knowing how your favorite song from Queen, for instance, came together, they just need to watch Bohemian Rhapsody. Yes, the Rami Malek starrer film about the British rock band even won the Golden Globe Award for the Best Picture. Rami, on the other hand, took home the Best Actor in a Drama prize for his flawless performance as Freddie Mercury.

Just like Bohemian Rhapsody (the one in recent memory), there have been some really legendary movies made on music and life of musicians. In this article, we will be counting down our picks for the best movies about Music and Musicians, so have a look!

The movie revolves around the story of the iconic British rock band, Queen and especially the lead singer, Freddie Mercury. The film has everything and Rami Malek.

I mentioned Rami especially because the actor embraced himself into the shoes of Freddie and nailed it with perfection. The movie begins with iconic Live Aid clip which later is shown at the end.

Walk the Line is one of the most famous songs ever recorded by Johnny Cash. After his departure, the song’s name became the title of his biopic.

Starring Joaquin Phoenix as Cash and Reese Witherspoon as his wife, the movie revolves around Cash’s rise to fame and the struggles he went through. The movie has a lot of love as the Man in the Black was known for it.

If you have country music on your phone, then you need to watch the tale of the biggest icon of the genre and in music.

Wolfgang Amadeus Mozart, the name is enough to drive you towards the movie. This outstanding film based on the life of the greatest musician ever is full of drama.

The story even deals with the infamous rivalry between Mozart and older Italian composer Antonio Salieri. The movie won a whopping eight Academy Awards in a night.

There are some of the most classic compositions of Mozart shown in the film. What more does a music fan want?

Suggested Read: Best Netflix Originals of 2018 Which You Should Watch

Straight Outta Compton is based on the story of the world’s most dangerous group, N.W.A. consisting Dr. Dre, Eazy-E, MC Ren, DJ Yella, and Ice Cube. The recording sessions of songs like Boyz-n-the-Hood, F*** tha Police, No Vaseline and more are shown in the movie.

It is one of the most important movies for hip-hop fans because N.W.A. was the group that brought the rebellious rage among the rappers and allowed them to talk about things no one ever did.

The film was even nominated for Best Original Screenplay at the 2015 Academy Awards.

The 2002 semi-autobiographical movie based on the life of Marshall Mathers revolves around an aspiring rapper, B-Rabbit, who is looking to make a name for himself as a legitimate MC by battling in the underground rap scene of Detroit.

The movie even gave the world with the song, Lose Yourself, which even won the Best Original Song at the Academy Awards making it the first rap/hip-hop song to achieve the feat. Eminem himself stars as the lead character.

Jamie Foxx, remember the name. This guy went on to give the best performance of his life while portraying the legendary singer, Ray Charles. He even won the Oscar in the Best Actor category for his performance.

The movie revolves around Ray Charles who lost his eyes at the age of eight after an accident and how his mom encouraged him to not let the impairment bring him down. He finally emerges as the best blind musician the world has ever seen.

All Eyez On Me

Many people may not agree with this movie on the list because it could’ve been way much better. But, the story of Tupac Amaru Shakur is not the one to be ignored.

The legendary rapper was shot and killed at the age of 25, but his music spoke volumes. Considered as the greatest rapper of all time by many, the movie tells you the story of Tupac from his childhood to his untimely death in Las Vegas in a drive-by shooting.

Suggested Read: Villains Other Than Thanos Who Can Mark Their Presence in Avenger Endgame

This Is Spinal Tap

The movie may be more than three decades old, but it is still considered as one of the best music movies ever. This Is Spinal Tap is a mockumentary that follows a British metal band, Spinal Tap, and their disappointing American tour.

The movie is a crazy ride as it shows the dark mirror of being a metal band. The band members in the film are childish and that’s why it is a must-watch movie.

Cameron Crowe’s semi-autobiographical story is based on himself when he was a Rolling Stone journalist and was invited on a tour with one of the most well-known bands of all time.

Almost Famous way to close to reality and it gives a glimpse of the 70s rock scene. The movie won the Best Compilation Soundtrack at the Grammys.

Suggested Read: Upcoming Superhero Movies From Marvel and DC Comics Which Are Worth Waiting For

A Star Is Born

A Star Is Born is one of the recent films and is easily top 10 best music movies ever made. The story revolves around a singer who comes across a girl, who is poor but talented. He gives her the opportunity to showcase her talent.

The girl’s career takes off but the singer who gave her chance is failing due to problems with addiction. Lady Gaga gives an impeccable performance while acting whereas Bradley Cooper showcased his singing talent. It is a classic must-watch film.

So these are some of the best movies about music or musicians. Which ones have you watched till now? If not, add them to your watch list and enjoy. 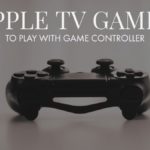