The way a movie translates life and imagination into the screen is a spectacle to behold. There are stories in movies which move us, inspire us, and elevate our spirits.

But there are stories in real life that can have a greater effect on us. When this is combined with artful filmmaking, the result is pure bliss.

Best Movies Based On True Stories

We can all relate to movies that are based on real life, A great movie based on true stories is every movie buff’s dream.

Here is a list of the best movies based on true stories that you can watch this weekend. 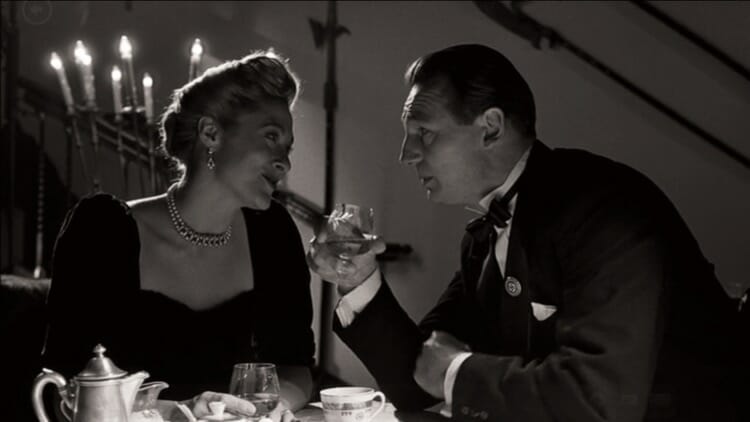 Schindler’s List is a Steven Spielberg brainchild adapted from the novel Schindler’s Ark and is one of the finest movies based on true stories about the Holocaust.

Played by Liam Neeson, Oskar Schindler, a German businessman who capitalizes on war realizes that his employment of Jewish prisoners in his factory is what keeps them off the concentration camps. 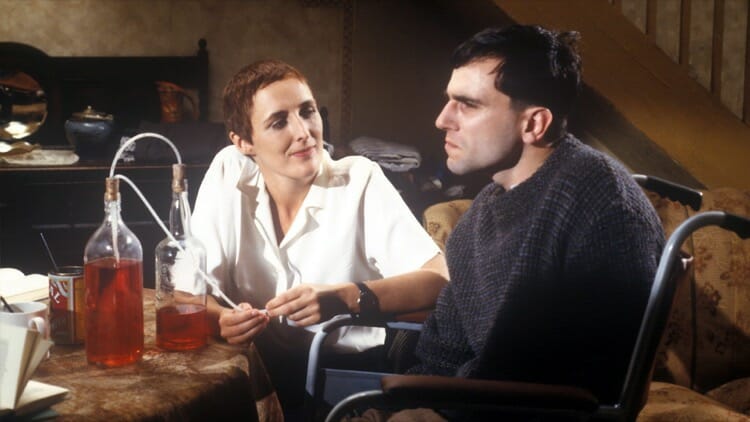 If you think life is weighing you down with its difficulties, rent a tape of My Left Foot. Irish born Christy Brown shows you how being a cerebral palsy victim and written off as retarded and helpless is not an obstacle to success.

Portrayed by Daniel Day-Lewis, Christy Brown grew up learning to write, and paint with his left foot, and later becoming an artist, author, and fundraiser. It will surely inspire you to forget about small problems in day to day life and trying to achieve big by overcoming your hurdles. Watch this movie inspired by true events and get some dose of motivation this weekend. 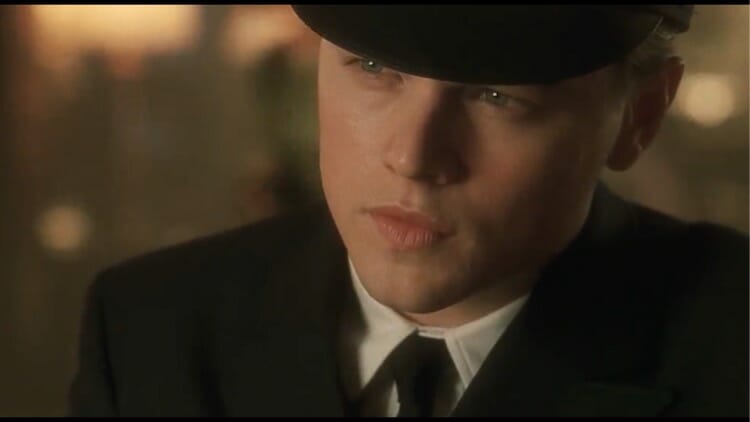 Speaking of success, Frank Abgnale Jr was a doctor, a lawyer, and a co-pilot of a leading airline even before he turned 21! Most of all, he is a successful con artist who has made himself a millionaire purely out of check frauds.

Watch this entertaining and surprisingly sweet story of the young Abagnale portrayed brilliantly by Leonardo DiCaprio and FBI Agent Carl Hanratty played by Tom Hanks, who is always outrun by Abgnale Jr.

Will Carl be able to catch Abgnale Jr.? 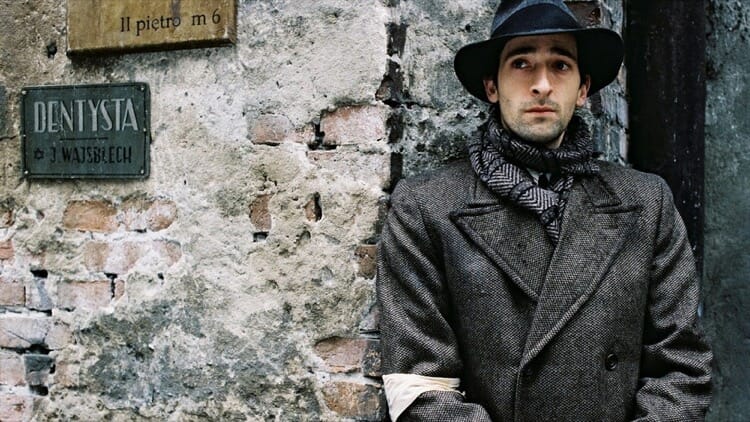 He played the last piece of music heard over the Polish radio before the first Nazi attack. This movie is a compelling and must watch if you are looking for movies based on true stories. 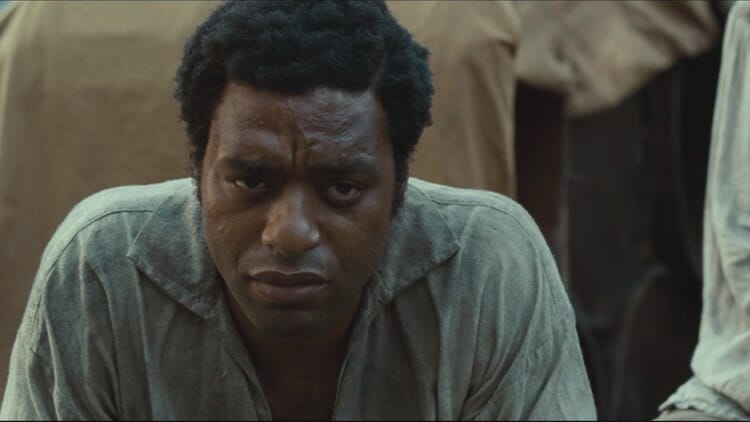 Set in the 1800s in New Orleans, this movie depicts the incredible struggle of freeman Solomon Northup for survival and freedom.

Based on the autobiographical account of Solomon Northup, the movie depicts his kidnapping, cruelty at the hands of plantation owners and finally freedom after 12 years. Watch this unforgettable movie for a look at the slavery-ridden American history. 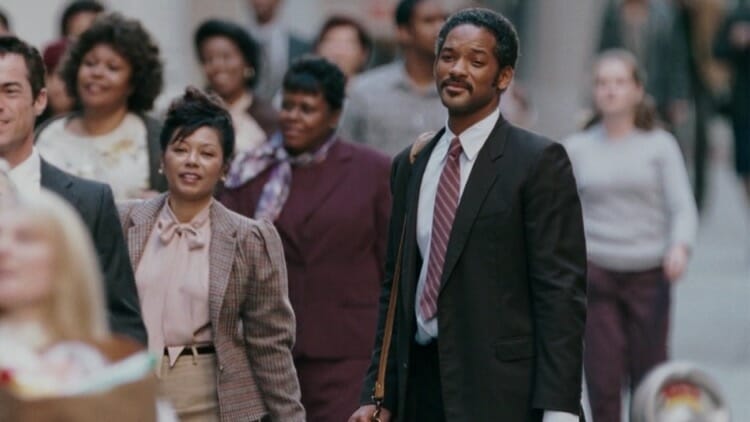 The Pursuit of Happyness, with a Y, depicts the real-life struggle of talented and bright Chris Gardner. His extreme financial struggles which leave him homeless, jobless and single parent.

Watch this amazing journey of unrelenting courage and love, peppered with the hard lessons of life. This movie is bound to inspire you, and move you to happy tears after watching Will Smith as Chris Gardner. 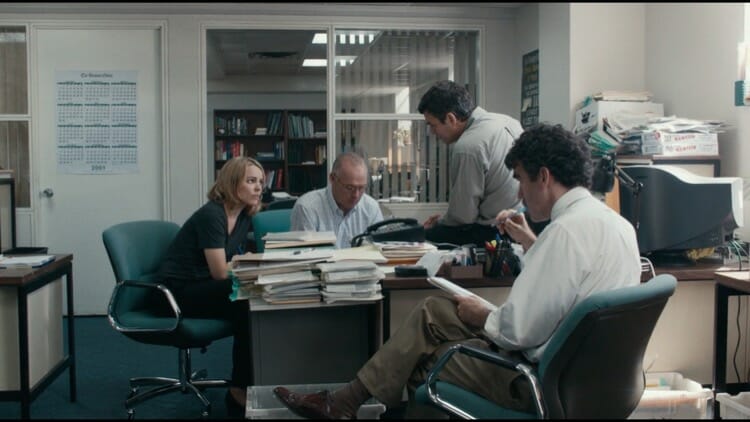 It takes you through the journey of The Boston Globe during the time when they discovered a long-running child abuse in Catholic Archdiocese.

Watch Mark Ruffalo and Rachel McAdams enact as the journalists who are trying to figure out and publish the findings. 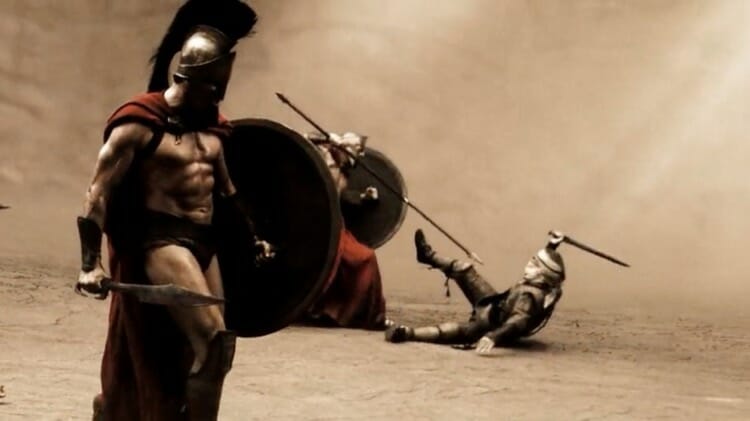 If you think all Greek movies came from myths, 300 is here to show the real-life king Leonidas. Leonidas, played by Gerard Butler, and his 300 men carved their names into history with their bravery and indomitable courage.

They stood up against the Persian invader Xerxes, refusing to bend the knee. Watch this historical drama inspired by real life for some major goosebumps. 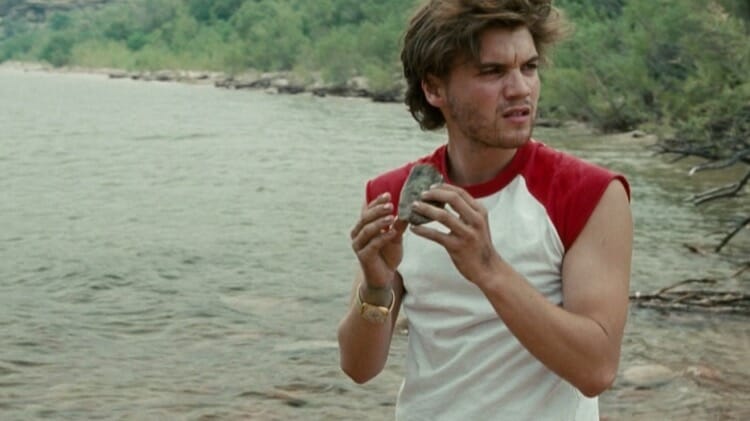 If nothing inspires you to move your bum from the sofa and out into the wild, Into the Wild is the movie for you. 22-year-old Christopher McCandless left a life of privilege and set out on a journey that transforms his life.

Watch this movie of a young man’s quest out into nature and how he finds balance.

Don’t Miss: Best Movies To Watch With Family On This Christmas 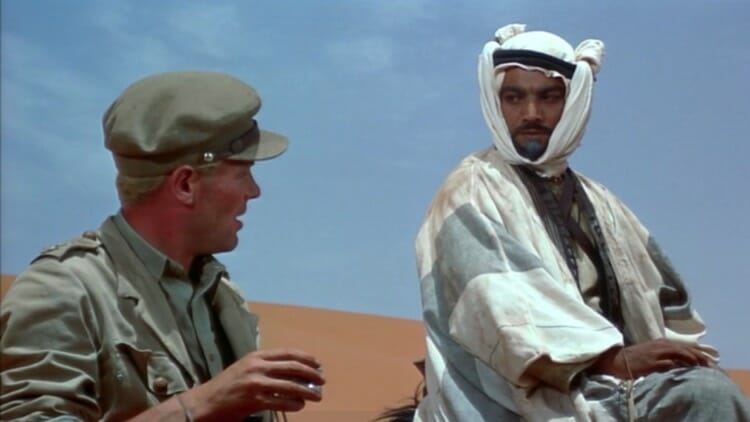 Lawrence of Arabia is a gem for film enthusiasts, as is it is often quoted as the pinnacle of fine filmmaking.

The movie of epic proportions traces the life of the enigmatic Lawrence, an English officer assigned to the middle east during Allies’ campaign as WW1 took place. Watch this movie for a look into Arabia during the war era. 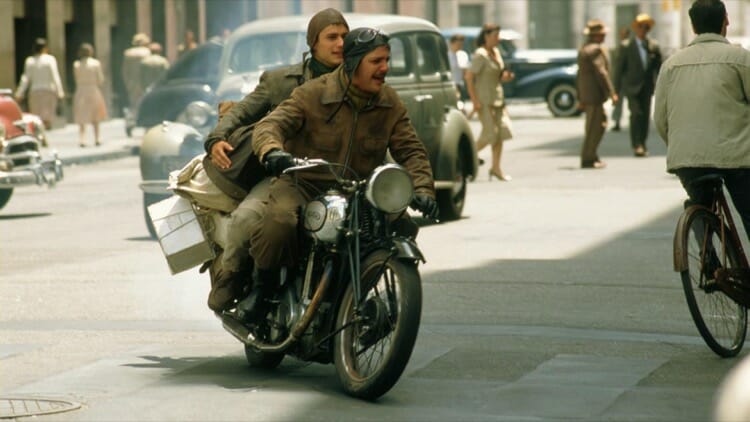 The Motorcycle Diaries has a cult status since its release and needs no introduction. This movie brings to life the journey of Ernesto Guevara and Alberto Granado across the Latin American continent.

The movie brings to screen the rich and complex topography of Latin America as seen through the eyes of Che Guevara. 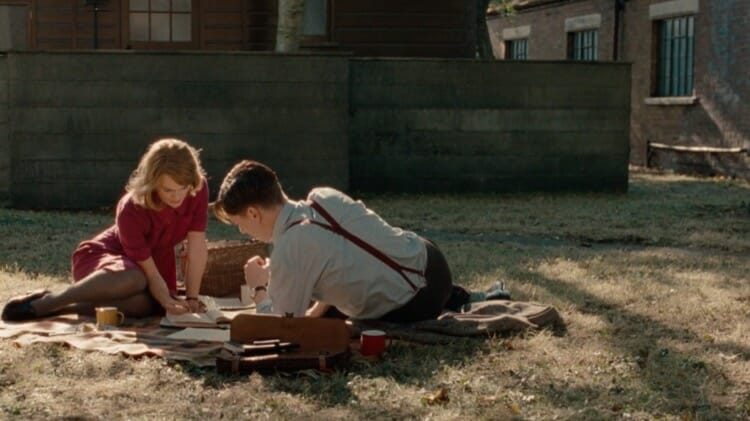 This is the story of the mathematical genius who literally shortened the World War II. Alan Turing broke the unbreakable codes of Germany’s World War II Enigma machine.

This movie follows the life of the pioneer as he works with a group of geniuses to break the code and his later incrimination for homosexuality. Watch this compelling movie for some incredible performances by Benedict Cumberbatch. 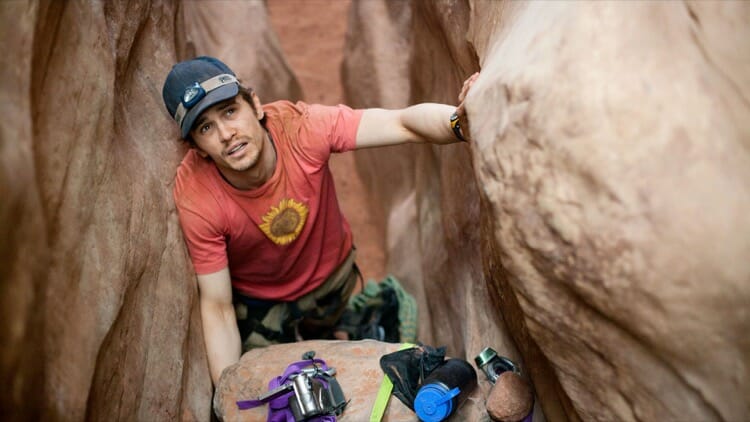 Aron Ralston journeys to the canyons of Utah for the adventurous mountain climbing trip. Little did he know that he would face his life’s toughest moments battling giving up his life and finding the courage to survive by any means necessary.

Watch this inspiring movie with James Franco in the lead role. 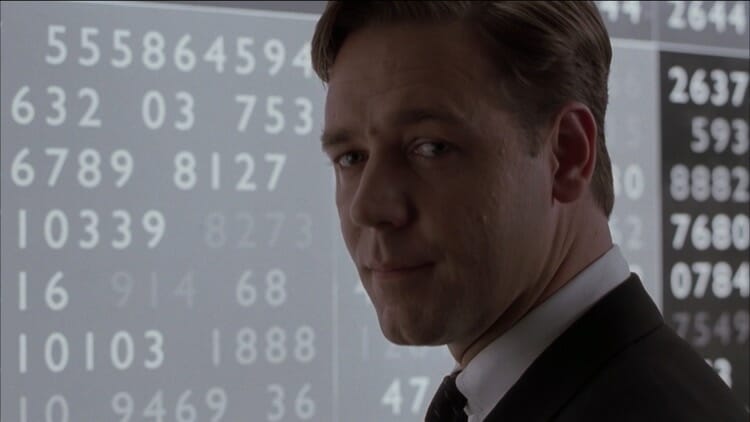 Watch the life of the Nobel prize-winning Economist who journeys through the peaks and valleys, his rise to fame and notoriety and downfall to schizophrenia.

John Forbes Nash Jr. takes us through a two-hour ride of self-discovery and eventual triumph. One of the best movies based on true stories to watch this weekend. 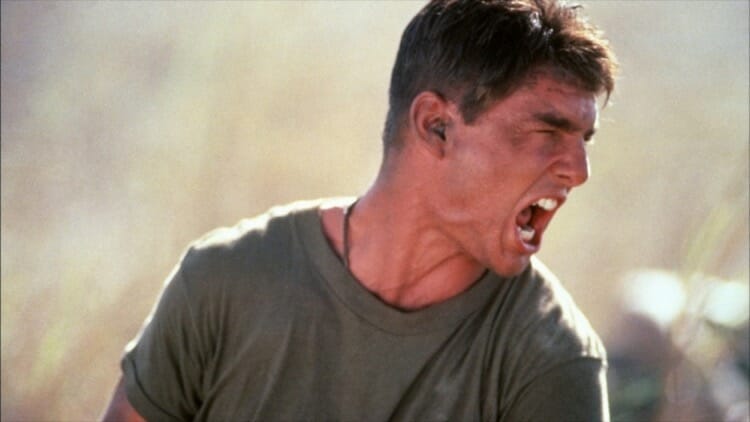 Born on the Fourth of July is a movie adapted from the biography of Ron Kovic. Kovic was paralyzed in the Vietnam War and retires as a war veteran.

However he is betrayed by the nation he served, turning him into an anti-war and pro-human rights political activist. Watch Tom Cruise in this amazing movie this weekend. 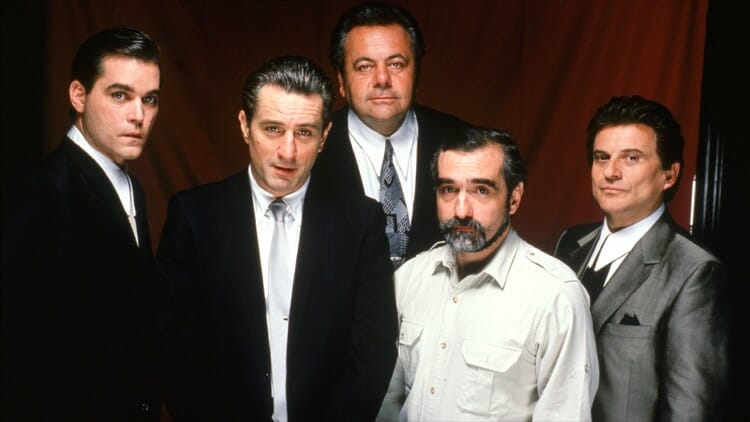 The movie covers the life of Henry Hill, the notorious mob associate, his rise and fall through the years, and his relationship with his wife and other gang members.

Watch this Martin Scorsese classic movie to get an insightful look into the lives of mobs and their lives of violence and redemption. It’s one of the best movies based on true stories, so enjoy this criminal saga. 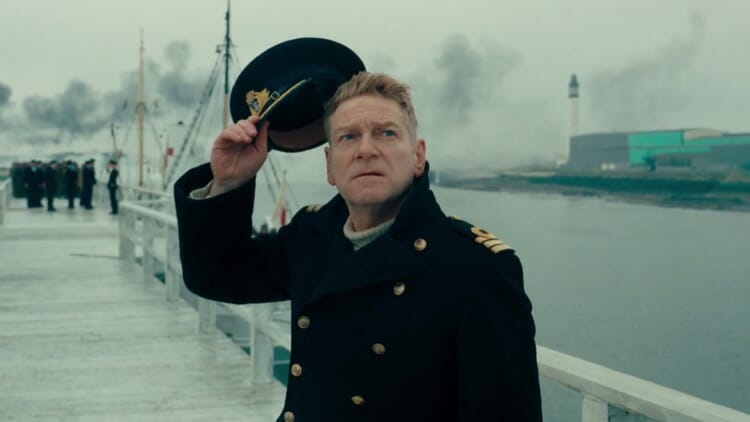 If you like war movies, you would love this World War II backdrop movie. It’s based on a real story of the miracle of Dunkirk, where allied forces were forced to retreat from the land of Dunkirk.

A tale of ultimate strength in front of a defeat will definitely inspire you and will make you feel motivated.

There are many true stories around us which can motivate or put tears in our eyes. Its all about finding them and making a connection.

Watch these all-time best movies based on true stories for a thoroughly inspired and enjoyable weekend!