Everything That Was Revealed From Captain Marvel’s Leaks

Ever since the fans of Marvel Cinematic Universe saw the credit scenes of Avengers: Infinity War, they wanted to know more about Captain Marvel. The reason – well, the movie will decide the future of MCU and a lot depends on it. The film revolves around the story of Carol Danvers, an air force pilot who gained superpowers due to a cosmic accident.

After long anticipation, fans finally got the first wave and look of the film through EW’s cover story and Marvel first looks of the film.

Captain Marvel is the first solo female superhero movie from Marvel, and the storyline has already created a lot of hype. The movie is set in the 1990s which will deal with the story of Carol before she joins the Avengers in defeating the Mad Titan, Thanos in 2019’s Untitled Avengers film.

The movie will hit the theatres on 8 March 2019 (USA) and looking at the level of impatience among fans; it feels like the next six months will be fascinating. The Entertainment Weekly’s cover story has certainly revealed many things about the film, and we have noted some things that you might’ve missed. Let us jump on the points.

Captain Marvel is not an origin story 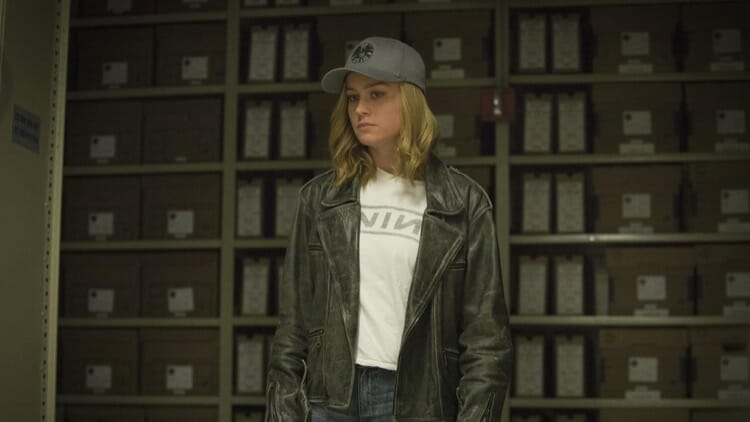 I mean, how the superhero got its powers and what made them. And, we cannot deny the fact that people enjoy watching a character’s origin more than anything. But, it looks like Captain Marvel will not follow the old trend.

According to the plot, the movie begins with Carol fighting with aliens to save the universe. The introduction of the character reminds me of Black Panther.

The movie will follow Captain Marvel and will only have references to her origin. And, as the method worked well with Black Panther, we expect it to deliver the similar result with Captain Marvel.

Suggested Read: Why is Crazy Rich Asians one of the best Rom-Com of the Decade?

Jude Law is the male lead in the film 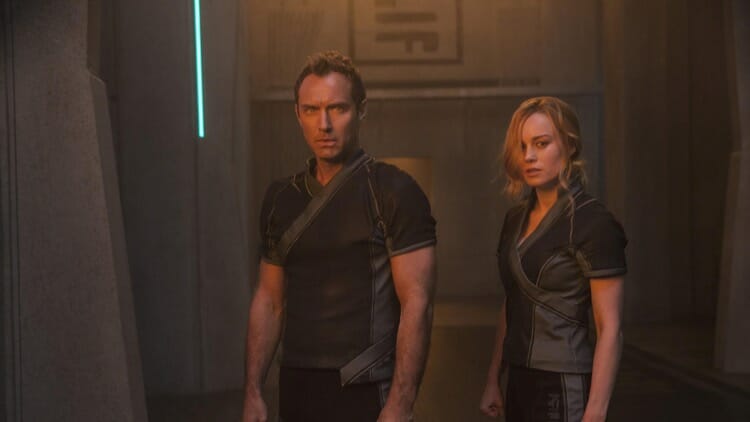 The EW’s cover story also cleared the male lead of the film and that’s Jude Law.

But, now his character has been confirmed and he will portray the commander of the Kree Starforce. It is the military force which is joined by Carol after gaining powers.

Skrulls are the main villains 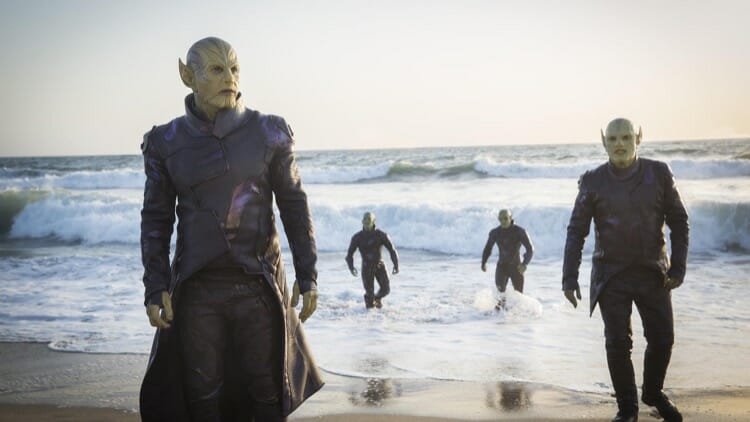 The shape-shifting Skrulls will be the main villains of the film.

Talos, portrayed by Ben Mendelsohn is the commander of the Skrulls. And, as per the plot, the film is based on Kree-Skrull war that will take place in the 90s.

FYI, the Skrulls will also feature in X-Men: Dark Pheonix. But, you don’t need to freak out over that. This is because Fox and Marvel co-own the Skrulls. 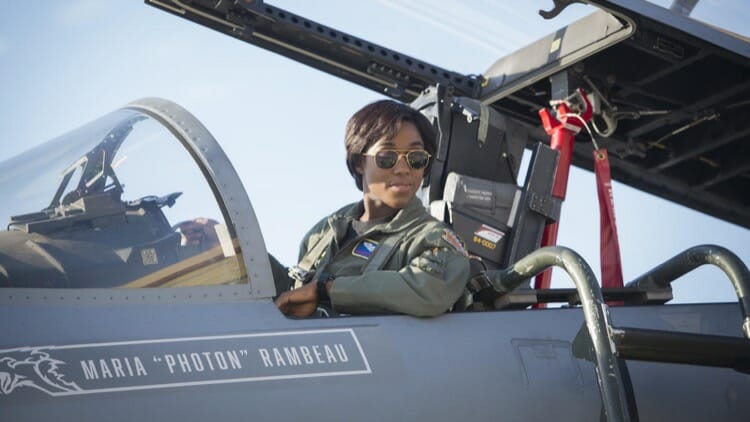 As I said earlier, Carol served as an air force pilot before gaining superpowers. During that time, she served alongside the character of Lashana Lynch, Maria Rambeau.

In the picture posted by Marvel in their cover story shows Photon as the middle-name of Maria. Well, in the comics, Maria is the mother of Monica Rambeau aka Photon.

As we know that, Marvel Studios like to connect different things in their universe, it will be exciting to see how far they take the character of Maria.

Old MCU characters are coming back 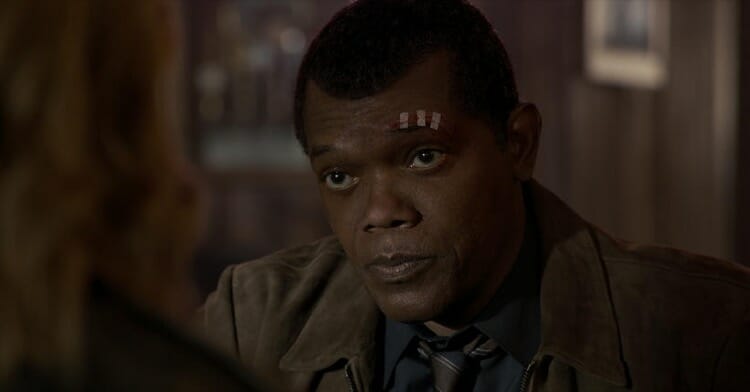 Captain Marvel is set in the 90s before the start of MCU. Despite that, the movie will feature a lot of familiar faces including Samuel L. Jackson as Nick Fury, Clark Gregg as Phil Coulson, and Lee Pace as Ronan the Accuser.

The most interesting return is of Samuel L. Jackson as the world will finally see him without an eye-patch.

Suggested Read: Have You Watched These All-Time Best Movies Based on True Stories? 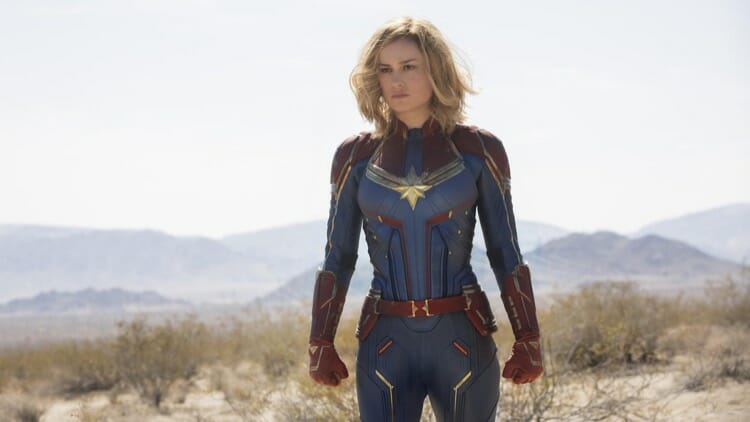 Since the pictures of Captain Marvel’s green suit from the set leaked on the internet, people were confused and at the same time excited to know what will she wear in the movie.

The EW’s cover story has indeed cleared the fact that Captain Marvel will be sporting her traditional red and blue suit. And, as far as the green suit is concerned, we might see her wearing it during the Kree-Skrull war.

Though, the film will reveal what led to a change in the color of the suit. 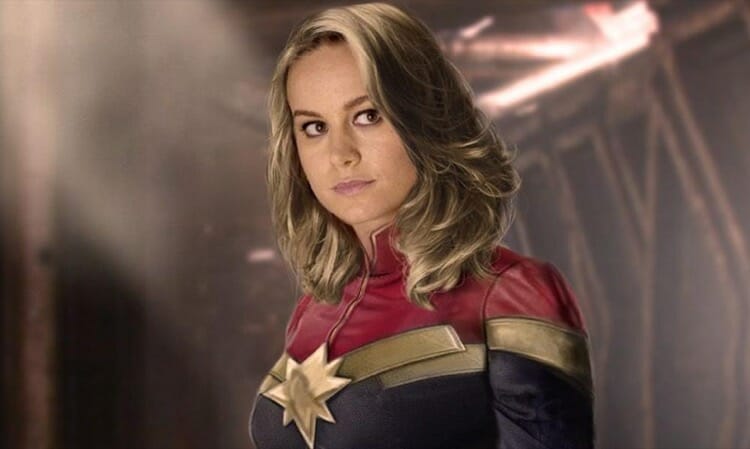 The biggest thing people are excited to know about Captain Marvel is its connection to Avengers 4. We cannot say anything at this time, but Nicky Fury and Phil Coulson will certainly play a major role in the movie.

One thing that we know about Untitled Avengers Film is that it will revisit the Quantum Realm, so Captain Marvel’s role will undoubtedly be huge.

So, these are some of the points which we know based on the first look images of Marvel and other sources. How eagerly are you waiting for Captain Marvel to be released? Based on the success of Wonder Women, how do you think Marvel’s first women superhero Captain Marvel will do?

Top 12 Android Mobile Handsets Which You Can Get In 2018