Halloween is approaching and I know that your urge to watch and enjoy a horror movie must be increasing. Well, I feel you on that part, and there’s nothing wrong with it. I mean, I myself love to watch horror movies and when it’s Halloween season, the urge increases.

Things these days have become quite simple; you have numerous streaming services that offer you a lot of content and also manage it as per the season. Amazon Prime Video has done something similar.

The streaming service from Amazon is offering many horror movies for their subscribers. But, choosing a horror movie is not an easy task. Because, if you select a wrong one, then it can be torturous for you to survive the whole shit. But, don’t worry because I am at your service and I have done the task of sorting the best ones on Amazon Prime Video.

So, let us jump and take a look at the best horror movies that will make your Halloween season more thrilling, spooky, and exciting.

The Girl With All the Gifts

The post-apocalyptic zombie horror movie is based on the first part of The Hungry Plague novels by M.R. Carey. The movie tells the story of the time where an unknown virus plagues humans and turn them into zombies.

The plot may sound ordinary but the performances by the cast and different emotions running throughout the film make it a must-watch.

Suggested Read: Best Horror Movies Which You Should Watch This Halloween

Hell House LLC tells the story of a New York City’s haunted house whose haunt is moved to a small hotel in a town near the city. Things become interesting when everyone is found dead except one staff member.

This interesting story is then tracked by a film crew to know what exactly is the matter. The movie is gripping and keeps the viewers on the edge of their seats from start to end.

The Amityville Horror tells the story of a couple who move into their dream house in Amityville. Though, they don’t know what it has in store for them.

The film perfectly captures the fear of the place where you feel the safest and that’s home. The film stars James Brolin and Margot Kidder star as husband and wife.

We all are aware of the fact that most of the streaming services simply neglect classic movies based on Stephen King’s novel, but that’s not the case with Amazon Prime Video.

Carrie tells the story of a girl who is raised by a psychotic and religious mother. She is bullied in school and lives her life in total isolation. The movie is a tragedy but it turns into a horror flick and that’s when things become interesting.

The Child’s Play franchise is without a doubt great. I have watched numerous horror movies based on evil child dolls, but the first part of this franchise takes it on a whole another level.

The movie features an evil doll named Chucky and when it comes to scaring the shit out of people, it is at its best. I can certainly say that he’s an iconic horror film villain.

Suggested Read: 15 Best Romantic Comedy Movies Which You Should Watch

Frailty revolves around the story of a man who tells his family that angels have given him the list of people who are living on the Earth as humans but are actually demons and they need to kill them.

The movie is a classic psychotic horror that becomes gripping as you watch it. If you are looking forward to watching an epic horror film dealing with a family, then I would suggest you go for this one.

I am one of those people who believes that horror movies have degraded a lot. I mean, there was a time when horror films really used to scare the shit of people watching it. Even the storyline was so terrifying that you actually feel the tension and fear.

This 1959 classic horror movie is something similar. It revolves around a haunted house that is owned by a psychotic millionaire. The house makes everyone who comes there homicidal and things become spooky. The film always keeps you on the edge of the seat because you don’t know what’s going to happen next.

Suggested Read: Best TV Shows Of 2017 Which You Should Watch By Now

I am sure that you know this film and might’ve seen it. But, checking it out again on this Halloween is not at all a bad idea. The movie tells the story of Patrick Bateman, a psychotic banker who hides his evil side from the world.

It’s not exactly a horror film but a thriller that scares the shit out of you. And, for those who don’t know the film witnesses one of the best performances ever by Christian Bale.

The movie is based on Bret Easton Ellis’s novel of the same name. It is indeed a classic that you can have in your Halloween watchlist.

The plot revolves around twin boys who are inseparable and do almost everything together and their mother.  She undergoes reconstructive surgery and things get odd when the boys suspect the identity of their mother due to bandages and strange behavior.

Just when it’s about it get worse, there’s a twist.  Goodnight Mommy will keep you on toes till the climax and appreciate the Austrian Cinema.

Suggested Read: Best Animated Movies Which You Should Watch With Family

After moving into a new apartment, things don’t turn out well for Rosemary and her husband as they start experiencing spooky things.

Things get better when she gets pregnant but to her dismay, it turns out to be the most complicated pregnancy one has ever seen. The horror starts when the couple learns that the neighbors have horrendous plans for their baby.

So, here are some of the best films you can watch this Halloween on Amazon Prime Video. Check them out and make your Halloween a bit thrilling. 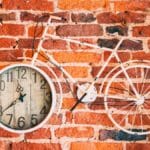 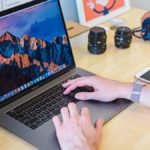 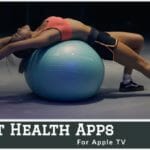 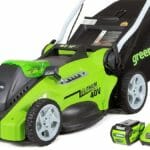 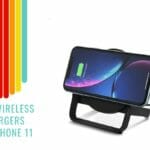