You are here: Home / Ecommerce / 7 Magento Security Threats Which You Must Beware Of

Cyberattacks are taking place all the time; even now the security of some organizations big or small is at constant threat. Almost every other day you will hear the news of an unauthorized attacker stealing the data from websites. Magento has had its share of attacks and vulnerabilities too.

A possible hack on your website does not only affect you & your business but at the same time affects your customers too. If you own an eCommerce website on the Magento platform, you need to know all about the Magento security threats.

Do you want to secure your website from a possible threat? If yes, then you are at the right place; this blog post covers everything you need to know about threats of Magento security.

Magento is one of the most favored choices for an e-commerce platform with over 170,282 websites to its name. It is written in PHP and offers versatile features to its customers. The popularity of Magento can also be attributed to it being an open-source platform, which provides room for customization.

Magento comes in two editions; community edition which is free for all and enterprise edition which is a premium version. In spite of listed in the popular eCommerce platforms, Magento has suffered its fair share of attacks as well.

In the next section, I will give you a closer look into the Magento security threats that the stores face currently. Here is a sample of how many vulnerabilities Magento receives per year.

Suggested Read: Home Security Guidelines Which You Have Not Thought Of

It is a client-side code injection attack. It allows the injection of malicious code into a website.

Mainly the ability of an attacker is to run arbitrary scripts on the website that is used later on to track what orders people are buying and manipulate them to change their shipping address.

By the use of these arbitrary codes, the attacker takes complete control of the system. The attacker can exploit the root/admin privileges via code execution.

It is not necessary that on accessing the system the attacker will get access to root/admin privileges but it is highly probable.

In an Injection attack, an attacker supplies or injects untrusted and harmful input to a program. These inputs are often interpreted as a command or sometimes as query and alter the whole execution of the program.

For further information, visit How to secure the Magento store from the SQL injection attack.

In this attack, the user is tricked into doing some unwanted task. This may cause a loss of trust between the website and its user. As the attacker cannot see what the user is responding to the malicious requests, so this attack focuses on the change of state rather than focusing on data theft.

Magento’s GiftCard Account removal feature was found at risk to a Cross-site request forgery attack in the year 2019.

Network security audits are vital because they assist you identify your biggest security risks so you’ll make changes that will protect your company from those risks. That’s pretty common knowledge. … You are going to require running such audits a minimum of once a year (if less frequently).

Suggested Read: How To Secure Your WordPress site With Security Ninja

Neglecting Sub-Domains on the Same Domain

These subdomains can be sometimes abused by the attackers to get persistent cross-site scripting. Subdomain infringement is an unsuspected threat that is going undetected by the respective security team.

Anyone can request API information and by doing so can get the information about your products. But in many cases, it is possible that if a person knows API he/she can extract any other important information from your website and can manipulate them.

Even if the worst happens and you get attacked, here are few steps which can help you recover.

So these are some of the security threats for Magento which you should be aware of and take precaution. 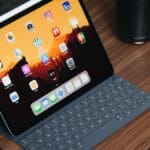 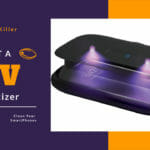 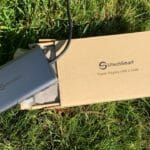 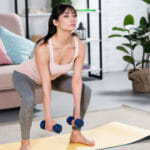