There are many movies about the battle of Iwo Jima between the U.S troops and Imperial Japan during World War II but this movie surpasses them all.

This movie depicts the tale from the perspective of the Japanese soldiers who fought with American troops with honor, courage, and strength beyond imagination.

The film is terribly realistic and this movie draws you into the caves and makes you a part of the Japanese Soldier’s life with a very clear message that in the end “War is futile”.

The director is none other than Clint Eastwood who had done such a phenomenal job directing this movie that there is almost no way to tell it was a foreign production until you see the credits. The movie although a bit controversial, won 1 Academy award for sound editing and 1 Golden Globe for best foreign-language film category.

All Quiet On The Western Front

This movie was adapted from a novel by German author Enrich Maria Remarque and was released way back in 1930 when there were no Golden Globe Awards. But it has still managed to be etched in people’s minds to date due to the brilliant depiction of the horrors and sufferings endured by soldiers in World War I.

The movie shows exactly what goes through a soldier’s mind when at war and how it slowly destroys both mind and body owing to the violence and atrocities of war. The film is extremely powerful, quite emotional and shows the harsh realities of war along with many absurdities involved.

The story follows Lew Ayres, who is the student leader of a bunch of German schoolboys in 1914 who listen to the voice of their schoolmaster and enlist in the war that has just been declared. The whole class enlists and then the story is told entirely through the experiences of young German recruits and highlights the tragedies of war.

The message is hidden in the words of a young soldier named Paul and his comrades. Directed by Lewis Milestone this movie won 2 Oscars for best director and best film and brought great prestige to Universal Pictures studio for winning its first Oscar in best picture category. 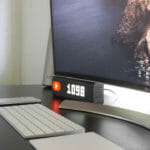