Augmented Reality is a technology that overlays the current, created, and new information (computer-generated) of the environment over an image of the real environment.

Common examples of AR technology would be televisions, video games, online mapping sites, etc. In the modern era, AR is reinventing many industries including education. They are slowly replacing the primitive methods of teaching, significantly enhancing the student’s interest and retaining capability.

Augmented reality applications are taking over the market faster than we can even imagine. They are now starting to look more user-friendly, educative, and entertaining for the students.

So here are some of the best education apps which you can use on your iPhone 11 / 11 Pro.

With this app, video conversations have taken up a new form. This application enables the user to live-stream his works, projects, notes, drawings, demonstrations, and many other aspects using his screen, to the students or the teachers, directly via a video chat.

This app was also listed on our list of some Augmented Reality applications to try on iPhone. It can help in presenting mechanical drawings and projects. The user can also tutor using this application in a very easy process.

Google Expeditions is believed to be Teacher’s favorite tool as it offers you field trips and tour explanations with the help of Augmented Reality.

You can have guided classrooms with locally connected users and explore geographical areas, places of history, space and atomic centers.

This app creates a virtual 3D scanning perimeter around an object placed on the focus of the application.

This application enables learning lessons in 3D and also enables the user to virtually break apart the object that is placed on the focus of the app, and take a note or look more closely at its dissected parts. It is one of the best Augmented Reality Education apps.

This specific app uses a rotative path around an object to scan it and create a 3D drawing based on its structure. These 3D drawings are uploaded to the app in multiple 3D formats for printing, creating GIFs, and also minimizing the pressure of redoing projects.

In case the students need to create a new 3D object for his project, the application helps him to start over from whatever materials he currently has.

The Storyfab app enables the user to give multiple camera views, by creating a scene in the Augmented Reality. The app enables him to create a 3D comic character that is capable of expressing his thoughts and ideas, using animations and expressions.

Animations and expressions can be more convincing to students than any other type of simple drawings or figures. So get this app and create your educational stories.

This app by BCC is useful for all the history and antique lovers out there! It lets you explore artifacts and antiques used by the ancient civilizations, and you have the option of exploring 35 artifacts in your home.

Right from Egypt to Greek cultures, you can place those artifacts anywhere you wish to and add them to your collection.

This Augmented Reality app provides the blueprint and the area of a particular infrastructure by collecting its dimension, this app is specially used by faculties to easily highlight and teach the students the difference between area, volume and surface tension.

This application has the capability of entertaining. as well as, educating the student at the same time.

Many people know this app for the entertainment purpose but you can also usse it for education also. The app enables the user to catch virtually flying letter, place them, and form words, the application is based on the crossword puzzle game, only it harder and boosts the retention capacity of the user significantly.

This application can increase the user’s word stock drastically, develop interest within him, and also help him to learn.

This app enables the user to create a 3D drawing by moving around in different patterns, throughout his room.

The app leaves a trail of digital paint when the user walks around his room, holding the screen of the device in which the app is installed. The virtually created drawings can be tracked by their location and pattern.

Suggested Read: Best iOS Puzzle Games To Play on Your iPhone and iPads

This AR app enables the user to draw, place, and construct various virtual designs, patterns, shapes, geometrical figures, and characters around his room, in 3D.

You can edit these drawings for texture and colors. In addition to creating 3D objects, the drawings can even be saved and uploaded to an entirely new platform or space.

This particular app creates a virtual human body within the user’s space for dissection. The user may virtually dissect it further to understand the human anatomy better.

This application provides one of the most immersive AR experience in augmented reality education apps.

Suggested Read: Best Cases For iPhone 11 Which Can Protect Your Phone

This application can be termed as special among all the other AR apps, this app is capable of using both Augmented Reality and Virtual Reality. This app enables the user to create a 360-degree image of the particular subject.

The students or the teacher may freely walk inside the virtually created 360-degree image, teaching and understanding the subject better and from much closer.

If you are learning how to draw or looking forward to enhancing particular drawing techniques, this application is perfect for you. All you need is a bright environment, paper, pencils, and your phone or iPad.

To begin with, you will be required to draw circles on the paper and the phone will sketch the image for you. From here, you simply have to trace the lines and your sketch is complete.

Suggested Read: Best iOS Games To Have Fun With Your Friends On Game Nights

SkyView is an astronomical AR application that helps you learn about the galaxy and stars and the planets. Simply point your camera towards the sky and tap on the screen.

The application will give you a report of where will the sunset​, which star are you looking at, is there a planet around, etc. It also shows you the sky paths for sun, moon or a planet up to Pluto.

The best part is that this application does not require a data connection to function. So, you can carry it around with you anytime and anywhere and have fun spotting the star and the meteors you always wanted to. 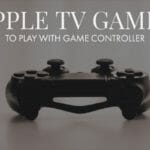